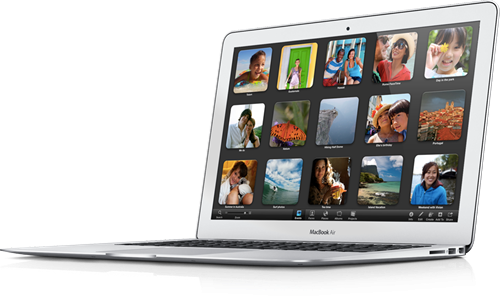 The new astonishing 13-inch MacBook Air in its iconic all-aluminum unibody design by Apple is yet another entrant in the market of ultrabooks. Many reviewers confirm that the MacBook Air will emerge without competition but a number of critics have also called it anything but revolutionary. This ultrabook comes with a lower price of $1,199, new Intel CPUs, 4 GB of RAM, much better battery life and newly added USB 3.0 ports but the design stays essentially the same as other MacBooks with no Ethernet cable and low SSD storage capacity of 128 GB.
The excellent performance, low power requirement and reduced costs still make the latest MacBook Air the most recommended in the current batch.

The latest Air is extremely similar to its earlier versions in ergonomics but some major differences include the Intel Core i5 processor, a 720p webcam, reformed MagSafe 2 charge
cable and connector and battery life longer than the 2011 MacBook Air by around 45 minutes. The MacBook Air is pre-installed with OS X Lion 10.7.4 but a free upgrade of OS X Mountain Lion will be made available for MacBook Air after its release.

Although MacBook Air is one of the thinnest laptops in the market it still possesses a screen bezel that is more enormous than the standards of high-end ultrabooks. The Air has a wide keyboard with shallow keys and a large multifinger and multitouch clickpad. The back lighting feature of the keyboard adapts well to the ambient light. Even though the Air could have been a little more compact the minimal weight of 2.96 pounds makes this ultrabook live up to its name.
MacBook Air comes with improved high-definition 720p webcam that makes video calls look better and crisper. The new MagSafe 2 cable and connector being used in MacBook Air is an important change from the 2011 model. This new MagSafe cable is flatter and wider and requires
a differently shaped power cable.

Another noteworthy upgrade in MacBook Air is presence of USB 3.0 (two ports). Even though the MacBook Air continues to lack HDMI connectivity or Ethernet port it has the redeeming Thunderbolt port which combined with other two USB 3.0 ports offers a strong trio in MacBook Air. The devices with a Thunderbolt port are comparatively more expensive but the prices are dropping gradually. Also, for most of the devices an additional Thunderbolt adapter is available for
connectivity. Apart from these Air also supports the SD card but the card keeps jutting out of the inconvenient slot.

The 13-inch display of MacBook Air maintains the same aspect ratio fragmentation as previous years' versions with a native resolution of 1440 x 900 pixels. This is much better than the other standard 13-inch laptops have a display of 1366 x 768 pixels. The Air is also treated with antiglare coating. 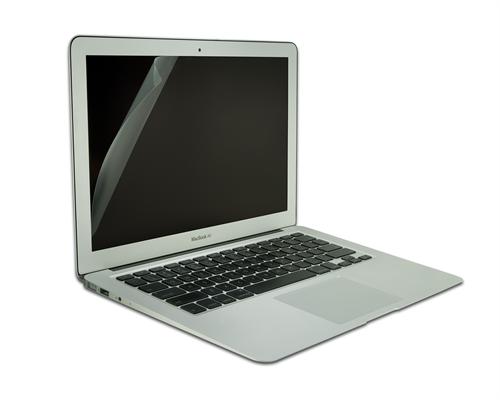 A better visual experience is also aided by the new Intel HD 4000 integrated graphics card. This was a much desired upgrade in the 2012 MacBook Air after Intel switched from Nvidia's semi-integrated 320M graphics to Intel HD 3000 in the previous year's version. Better graphics card provides an enhanced performance of MacBook Air but customers looking for an ultimate gaming experience will still have to tweak some of the game settings and effects.

Other Features of Apple MacBook Air


The speakers of MacBook Air are slightly odd as compared with other ultrabooks in the market. The audio quality is decent during solo streaming but earphones might be required in a crowded or a large room. The customer support provided by Apple is often the reason explaining brand loyalty towards Apple. The MacBook Air includes one year parts and labor warranty and 90 days of telephone support. This can be upgraded to a 3 year long plan under AppleCare at an added expense of
$249. Further support is also extended through video tutorials; in-person visits; email-service; knowledge base and forums; and Apple's retail service Genius Bars.