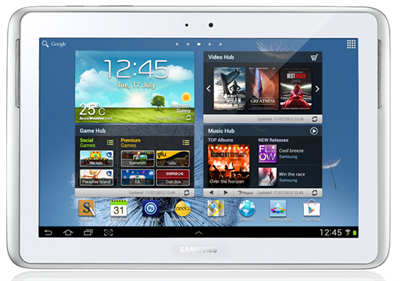 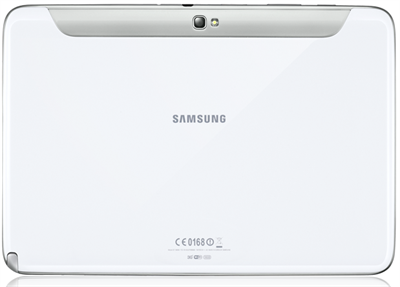 The tablet features an S-Pen around 1,024 levels of pressure sensitivity and is integrated with the knowledge of search engines to acknowledge users search for the content, obtain information and "drag and drop" without switching between screens. This magnificent gadget has got a bit more attention regarding its use of S-pen. This feature helps people like writers and authors as you can instantly jot down your ideas and notes, without even a slight turmoil while typing. You can even edit your photos in the Photoshop.

Another interesting feature of this product is it comes with a inbuilt infra-red sensor, which can be used an handy remote in your home theatre system.

Camera of Samsung Galaxy Note 800
It comes with rear and front side cameras. It has 5MP high resolution camera with led flash and front camera of 1.9MP.The quality of picture is much better than pervious other versions.

Connectivity in Samsung Galaxy Note 800
It is a 3G tablet with scope of wi-fi and Bluetooth. No final words on NFC has yet been officially released.

Display of Samsung Galaxy Note 800
Taking of display, it is providing a display of 1280*800.Better standards for the use of S-pen.

Battery of Samsung Galaxy Note 800
It runs on a power-house of 7000mAH battery which is enough to run the device for more than 6 hours.

Jelly Bean Update for Samsung Galaxy Note 800
Though, regarding the update of its OS, Samsung assures to update the device to 4.1 jelly-beans by the end of the year. The device comes with some preloaded apps like Adobe Photoshop touch and many other education apps for interactive and digital study for the students in India.

Final Verdict on Samsung Galaxy Note 800
As far as my review is concerned, I think Samsung has put all of its efforts and experience to make it compete in tablet market but the quality of the body may be an issue. The material used in the body feels too much plastic. After all spending 40k, users don't want their tablet too feel plastic when touched.

For more queries on Samsung Galaxy Note 800 feel free to comment below.