Samsung has recently announced a windows 8 phone in the smart phone categories. And Samsung has announced the Worlds First WP8 powered Smartphone The device is powered by Windows 8 operating system that is the first of its kind with the newest operating system. It is the Samsung ATIV S. The device is in news for many reasons. It may be the new link ups that Samsung and Microsoft have displayed by revealing a device like that or the fantastic features that this device has to offer. But whatever the reasons may be the device has been a success in creating the buzz among the Samsung and Windows lovers. However the real value of the phone will be known once it is in the user's hands. So let's find out what this device has been equipped with. 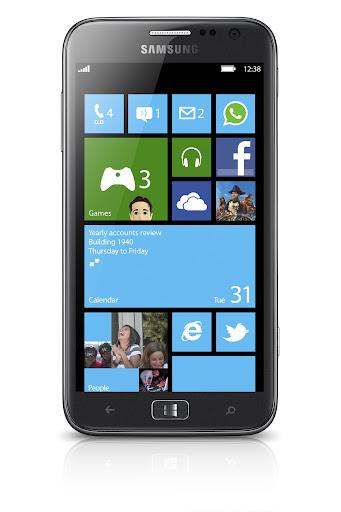 The Samsung ATIV S is the world's first smartphone running Windows Phone 8. And being the world's first, they have came with a lot of cool features. And these features includes in the memory and processor too. The device is powered with 1.5 GHz dual-core Krait processor. Also the device is incorporating the Qualcomm Snapdragon S4 Plus MSM8960 chip which is the heart of the smart phone. The device is powered with 1 GB RAM which will make the device work really faster and has internal memory storage of 16 GB or 32 GB. However the memory is expandable up to 32GB with the help of a micro SD card slot. And the main thing, the device runs on the latest Windows Phone 8, which comes with a lot of features. The device's memory and processor features are much impressive and this will take the device to the top due to these features. 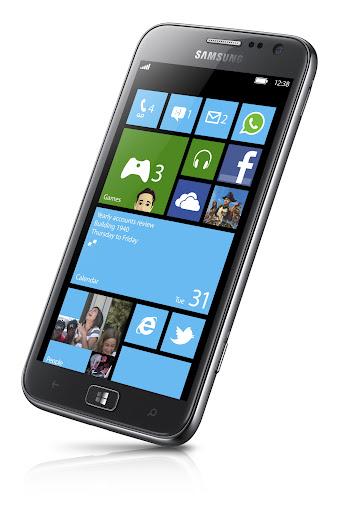 The Samsung ATIV S smart phone is using a technology named super AMOLED for the display. The device incorporates a Capacitive, Multi-touch touch screen 4.8 inches in size. The resolution of the device is 720x1280 pixels with a pixel density of 306 ppi. This Samsung ATIV S smart phone has a full HD display and uses a Gorilla Glass 2 for extra protection of the screen. The display features provided is pretty good and will surely attract the crowd. Not only the display, designing of the device is also smartly designed. The new Samsung ATIV S comes with attractive dimensions, which is 137.2x70.5x8.7mm. And from the thickness itself, the excellency in designing can be found out. The device weighs about 135 grams. The device is designed with smooth curved edges and physicall buttons are placed on the sides for easy access. On the front, there are no physical buttons, but only touch sensitive buttons. And we can say that the world's first WP8 device has nice 'looks' too. 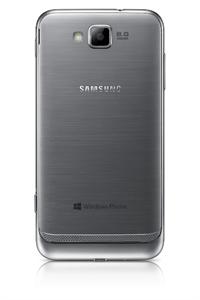 The Samsung ATIV S comes with a lots of connectivity options too. The smart-phone supports Wi-Fi 802.11 a/b/g/n, and Bluetooth. It also supports USB 2.0, micro USB and for charging and transferring the data. Other connectivity options include OTA sync, NFC and computer sync. The device will offer a speed of over 42 Mbps with HSPA+ technology. And these also plays a role in making the user to pic it and these makes it a real smartphone. This phone has a great camera powered by LED flash. The device has 8MP rear end camera with a 1.8 MP camera in the front. It uses 1080 p HD video recording with a resolution of 1920x 1080 pixels. The dual camera feature of the device is also much impressive with high quality camera.

Other Features of Samsung ATIV S

The phone is equipped with many features as HTML, HTML5 browsers. It uses IMAP, POP3, SMTP, and Microsoft Exchange for e-mailing. It includes SMA, MMS, Threaded view, predictive text input for messaging. It includes for MP3, Polyphonic ring tones etc. also the phones has various sensors like Gyroscope, Accelerometer, Compass, Voice Dialing, Voice records, Voice Commands etc. this phone is equipped with GPS and Glonass positioning and navigation. It supports with UMTS, EDGE, and GPRS. The smart phone also has light and proximity sensors. It is a complete multimedia smart phone. The device is using a battery of 2300 mAH which is a good feature of the device especially for a phone of such caliber.

The prices and the availability details of the phone are not disclosed and therefore are not confirmed yet. However it is speculated that device will be out once the windows 8 are. Until then one has no option but to wait and watch.

Read the article and know the features, specifications and price of Samsung ATIV Odyssey and Samsung ATIV S and choose the best one for you.

Are you thinking of buying a new sliding tablet from Samsung? Samsung has recently announced that it will launch Samsung ATIV Q tablet next month. Read this article for our detailed review of the tablet. Read it and know the features, specifications and price of Samsung ATIV Q smartphone in India.

Are you looking for the detailed review and specifications of latest Samsung ATIV Q? Then you are in right place. ATIV Q is latest convertible device from Samsung with a lot of features like Dual OS or Dual boot, running both Android and Windows 8. Read more on this article to know more about the device and also see the price and release date of this Ultrabook from Samsung.