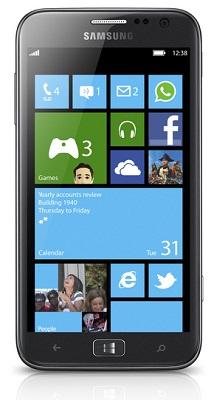 Samsung faced a patent issue with Apple mobile company on their latest Android smartphones and verdict was against them. They had to pay $5 billion as fine and they were pulled out from US market. Now, Samsung has planned to shift from Android phones to latest windows 8 phones. Mobile world was waiting for Nokia's Lumia Windows phone as the first Windows 8 phone. However, Samsung went ahead and announced their latest ATIV S Windows 8 based Smartphone. Samsung's ATIV S Windows phone has a high end 4.8 inch display, Corning "Gorilla" glass, and an 8 megapixel rear camera and 1.9 megapixel front facing camera. 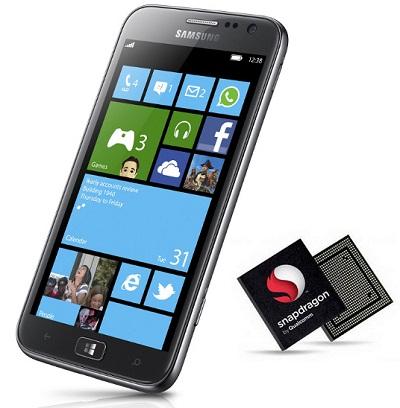 The Samsung ATIV S Windows 8 smartphone is another mind stealing device by Samsung which is packed well with internal and external power factors. The device has Qualcomm MSM8960 Snapdragon S4 chipset; Dual core Krait 1.5 GHz CPU and 1GB RAM which promises the ripping performance of the gadget. The Samsung ATIV S supports GPU with Adreno™ 225 which provides superior performances while gaming. It has 16 GB internal memory to provide the prime performance and multi tasking features. It is powered with latest Microsoft Windows 8 operating system. It has Facebook and Twitter integrated as social applications. It is designed for better performance with the powerful chips and processor and also an integrated stereo FM radio which is RDS supported. It has on screen QWERTY keyboards which have taller keys with a browser supporting HTML5 and Adobe Flash. It has micro SD card support and is expandable up to 32 GB. The latest technology implementation surely provides stunning performance in new Windows smartphone Samsung ATIV S. Samsung has also added a very large 2,300 mAh battery to ensure better backup. 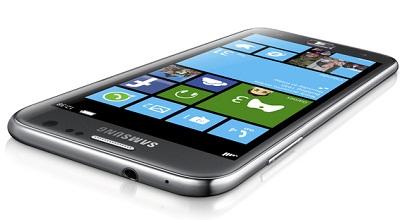 The new Samsung Windows 8 smartphone has bar form factor, its screen is made up of scratch resistant Gorilla glass. It has a dimension of 137.2 x 70.5 x 8.7 mm and weight of 135 gm which helps in easy handling. The device is constructed with 8.4 millimeter brushed aluminum chassis which makes even Galaxy S III owners wonder why Samsung didn't use the same premium materials in it.

The new Samsung ATIV S Windows 8 phone has a good camera features. It has a rear facing 8 megapixel camera with 3264x2448 pixels resolution with autofocus and an LED flash, and a 1.9 megapixel front facing camera in it. It has geo tagging and image stabilization features too with 1080p@30fps video 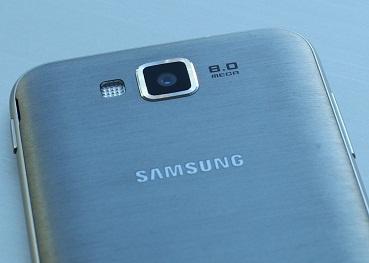 The new Samsung ATIV S Windows 8 phone was expected to be released worldwide in last quarter of 2012. Mobile world is enthusiastically waiting for the launch of first official windows 8 Smart phone by the mobile giant Samsung. 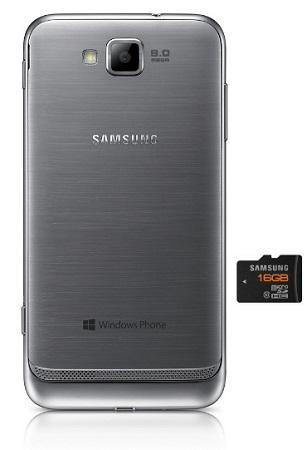