The upcoming device Lenovo has to offer to the commercial world is the all new Lenovo ThinkPad 2 which is what it is supposedly named to be. It would be out in the markets around the launch of the Windows 8. In fact it is being said that both are expected to hit the market on the same day that is on 26th of October 2012. 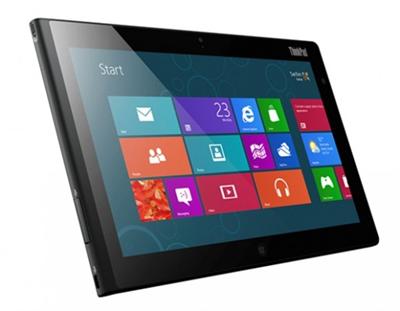 This device is particular targeted at the business users rather than the customers in all. However exact technical specifications of this device are still uncertain but some of the much rumored ones like active directory, device management tools, SD card encryption, finger print security etc. reflect this user category.
However the details available of this device in the market are too less, we have managed to give users a glimpse of what this device would be like. It is being said that this device would be loaded with many features.

Memory and Processor Of Lenovo ThinkPad 2

It is said that this device will be having 2 GB of RAM & 64 GB of storage space unlike its competitors which have 32 GB expandable memory. It is being speculated that this device is made with 64 GB support because the new Windows 8 operating sys works with 64 bit. It is incorporating an ARM structure with x 86 chips. It is equipped with Dual core Intel Atom processor named 'clover Trail'. It has 2GB of RAM, enough to make the perfomance butter smooth. And the main thing, the device comes with the Wondows 8 OS. And this becomes the first Windows 8 Tablet from Lenovo. 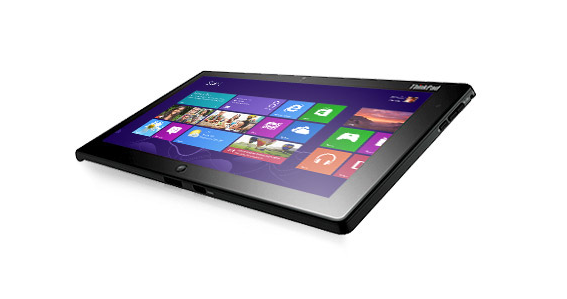 Dispaly and Designing of Lenovo ThinkPad 2

The display of the device would be great. The screen of the device is 10.1 inch which is fairly good. It will have 10.1 in HD screen with a display resolution of 1377x 768 pixels. The device is provided with In-Plane Switching (I.P.S) technology, which will give pictures of more clarity and aggressive reds and greens. The Lenovo ThinkPad 2 is 9.8mm thick and weigh only 1.3 pounds. The deivce offers 720p dispaly with 16:9 aspect ratio. The dimensions of the device is 262.6x164x9.8 mm. From the dimensions itself it comes clear that the device is so smartly designed. And the device is sleek and eye catching.The general built of the device is solid. It weighs around 1.3 pounds and is 9.8 mm thick. The slim structure & light weight of the device makes it more attractive.

Camera and Connectivity of Lenovo ThinkPad 2

The new Lenovo ThinkPad 2 comes with dual camera support. On the rear, a camera of 8 megapixles is placed to capture quality pictures, for sure. The camera on the back can capture quality videos too. The device also has a secondary camera on the front which is of 2 megapixels. The front camera comes in handy while video calling and chatting. While talking about the connectivity, the device comes with in-built Wi-Fi connectivity feature. And in AT and T versions of the device 3G, 4G LTE connections would be available.

Other Features OF Lenovo ThinkPad 2

The Lenovo ThinkPad 2 will be incorporating the newest versions of windows operating system that is windows 8. There is provision for optional keyboard slot that will give users a feel & ease of working on a standard laptop.

For external connectivity 3USB ports, one HDMI, one ether net port will also be provided .This device will support wireless video streaming. Both touch & pen input systems are incorporated. Noise cancelling microphones are provided for the listening pleasure. Also provided is the NFC radio. Lenovo ThinkPad 2 is provided with a Finger print reader system which will encourage the official uses of this device in corporate sectors. It is being said that the device would possess 10 hr of battery back up at one go which would be an amazing feature if found in the device.
The market cost of Lenovo ThinkPad 2 is still to be waited for as it is still not disclosed.

Read this review of Lenovo ThinkPad 2 Windows 8 Laptop to find features, specifications and other details.

In this article we are going to see about the new version in Lenovo idea pad series- Lenovo Ideapad Z580. This is a perfect and ideal laptop in Lenovo Z series comes in an exquisite design and an effective configuration. We will see in detail about the design, performance and features of this laptop.