Toshiba's latest launch Toshiba Portege Z830 ultra book was viewed with a wide open eye for its world almost first Ultra Thin Notebook. The dream laptop already bagged high grades and stole many hearts for its ultra slim body which comes with 15.9mm thickness and weighs less than 1.12kg. The laptop has second generation processor Intel Core i5-2557M which comes with Intel Turbo Boost Technology 2.0 backed by 6GB of RAM and 128GB of hard drive and is available at Rs.96, 290/-, which was a bit expensive and comes with a warranty of 3 year onsite service; isn't it awesome? 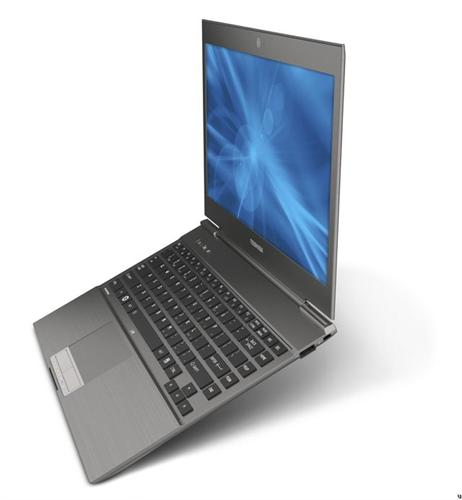 Tired of looking at bulky laptops and compromised with less performance machines? Here is the solution, the latest 13 inch Portege Z830 comes with 15.9 mm thickness and weighs only 1.12 kg (it is even lighter than Macbook Air) with a sleek look and comes only in Graphite Grey colour which is a bit let down point, Toshiba should have added some other colour options. The case is made up of magnesium alloy comes with an enhanced honeycomb structure.

The Portege Z830 underwent a 76mm Drop test, 30ml spill-resistance keyboard test and 100Kgf pressure test to ensure the durability. It also includes the acclaimed Toshiba Easy Guard Technology, with a smart shock absorbing design to safe guard your files and multimedia. The notebook is most reliable and durable anywhere any time.

Surprisingly, it comes with 3 USB ports, two USB 2.0 and one USB 3.0, Kensington lock slot, SD reader, headphone, mike port, HDMI, VGA and power port, most of the ports are arranged at the back and has a built in slim HD webcam. The key board is the familiar chiclet keyboard model where keys are vertically narrow but it is a matter of time to get used to. 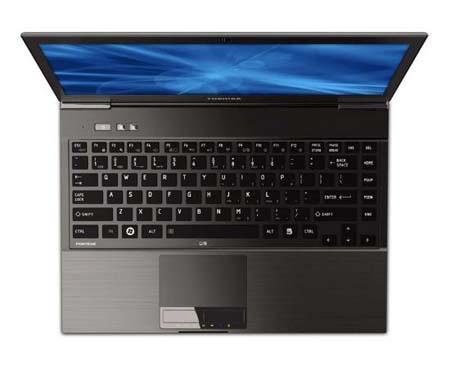 The battery is made of high capacity 8 cell integrated Li-ion, which gives an uninterrupted usage. Though the company claims 6hrs of backup, but in practical could only give 4.5 hrs backup at high brightness and various applications working at the same time. Toshiba has managed to give its best in this department.

The LED backlit screen comes in 13.3 inch with a resolution of 1366x768 pixels which is very impressive and sharp. The matte coating reduces the glare and gives picture and text clarity and is defined very nicely.

Coming to its audio, the Portege Z830 comes with stereo speakers powered by Maxx Audio providing an outstanding audio clarity even in noisy environment. The sound quality is crisp, louder, fuller and more lifelike and is very pleasurable. Definitely one feels the richness in the notebook for its quality of display, sound and of course performance which we discuss in next segment.

As mentioned earlier, the Portege Z830 has a second generation processor Intel Core i5 2557M Processor with 1.7GHz speed Turbo Boost Technology of up to 2.7GHz, 3 MB Cache, comes with 6GB RAM and 128GB SSD (Solid State Drive). The blazing fast SSD is up to 30% faster and consumes low power than HDD. Designed to last longer than a conventional spinning HDD and sustains with any knocks and shakes, which protects your data in any circumstances. The speed and size of SSD will never let you down even when you are juggling several applications and perform well without any noticeable slow down.
Toshiba Portege Z830 claimed PC benchmark rating 2915 which is a good mark. The graphic performance is decent as you can expect with an onboard integrated Intel HD 3000. The Toshiba TSNSNB 128GCJ SSD gave a booting time of just 19 sec around and took just 5 sec to resume from sleep which was tremendously quick. And for transferring a 700 MB file using USB 2.0 it took 25sec and by using USB 3.0 it took 10 sec.
Portege Z830 runs on Windows 7 Professional SP1 and can find apps like Toshiba Eco utility, Amazon kindle and small tools like Toshiba Assist, Disc Creator, DVD Player, Face reorganisation, Finger Print utility, HDD/SSD alert, HDD protection, Hardware Utility, Media Controller, Password Utility, PC Health Monitor, Recover Disc Creator, Service Station, Security Assistant, Sleep Utility and last but not least webcam software. It is also installed with MS office 2010 Trail and Norton Internet Security for 60 day subscription.

Toshiba Portege Z830 is a beautiful, an all rounder, smart, intelligent and a brilliant performer. Except the price which is a souring fact, if your pocket is deep enough it look and feel simply great to have the wonderful feather light and fastest machine. If looking for an alternative one can go for Asus Zen Book or MacBook Air which are less in price and come with 2GB less of RAM when compared to Portege Z830. Nevertheless, Portege Z830 serves the best Ultra Book in market till date.