Where it is lagging
The graphics and music of the game are weak.

Ratings for Gasketball game
Game deserves a score of 9 out of 10.

Sports games are very less in the gaming industry and here I am only talking about the games which are good in their whole play. The sports games like EA sports FIFA is a good example if you want to describe a good sport game. A new game in the market has come and its name is Gasketball. It is quite same to the sports game Basketball in which you have to put the ball in the basket. The game play controls are also very nice and this game looks very promising. So let's see more about this game after the break.

About sports games we have very limited thing to tell. I mean you can only tell about the game graphics or game controls. Today the game which we are discussing is little unique from other sports game. Yes, you will not get a high display of graphics in this game but yes the overall fun while playing Gasketball game on iPad is good. Have you played the pinball game? In this game also you have the control like this. You have a stick which is fixed at one end and movable at the other end. So you will be using these flexible platforms to put ball in the basket. Gasketball game runs pretty good on the iPad and has a mode in which you can play the multiplayer game. In multiplayer game you can choose any other opponent. Single player versions are also available in Gasketball on iPad.

In the way you have lot of obstacles to clear out. In the initial play you have to have a obstacle course and then they increase as the levels increases. You have to save your ball from these traps and put it in the basket. The obstacles are of various types and I have never seen an obstacle of these types. The fun of playing the game lies in the fact that how the whole game has been set. I mean consider a game in which you get lot of hurdles to pass and then you have lot of bonuses to get. So if you have ever played the games which were available for the Java mobiles, then you will find yourself in to the age of Java phones again. Game runs pretty smooth because it does not have the heavy graphics. If we talk about the levels of difficulty, we have two difficulty modes. You have to choose according to your taste of play. 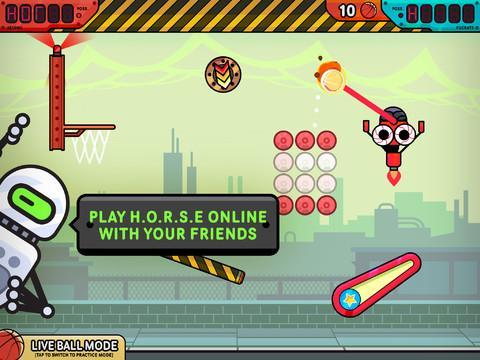 The working of the game is very simple and does have anything like a rocket science. The screen of the menu explains everything to you and thus you will get the glimpse of the how to play the game. So there is no specific way of playing the game. But in initial stages you will find this game a little outdated.

How Gasketball game is different from other games

This game is different from other games in various aspects like the whole game play of the game. The storyline of Gasketball on iPad is also different. Also there are various good things like the obstacles and the level of difficulty which is available in this game. 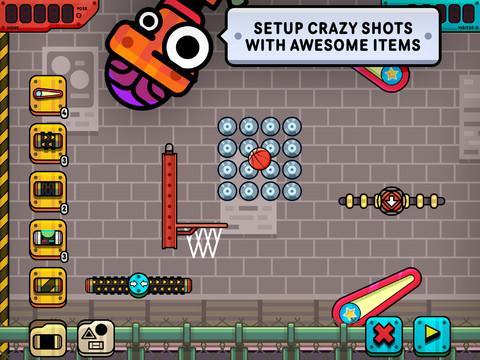 The user interface of the game is also very good and easy to understand. The graphics of the game could have been made better but then we might have ended up with the problem of slow processing speed.