Pros and cons of Flight! game
What I liked
I liked the whole plot of the game in which this game has framed. Also there are other things like planes etc which makes this game little more interesting.

Where it is lagging
The game is lagging in the factor that the flights are of very less periods. The total fun of playing this game likes in the flight periods. Also the story is little confusing in whole game.

Ratings for Flight! game
The game is very good and deserves a score of 9 from 10.

Today we are going to discuss about the game whose name is Flight!. The game is totally different from other games which are present in the market right now. I mean there are so many which are similar to each other but this game is different. In the game you will be managing your airplanes and by this you have to collect the pints. But planes are not that planes which we see in the regular daily life, they are different from commercial planes because they are made of paper!. The whole game is in the format of child game. So let's peep in to the game and find more about this. 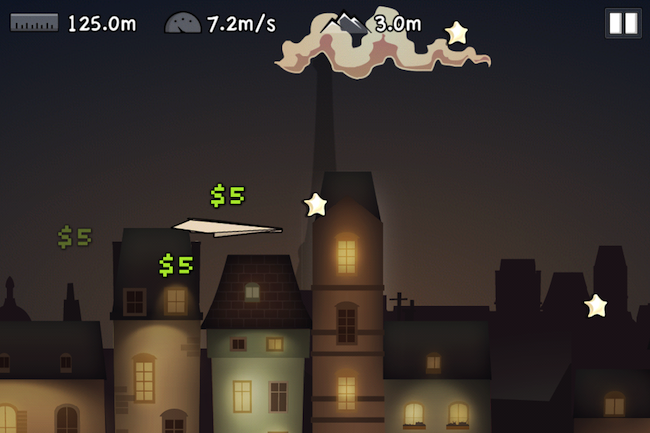 Flight! game starts with a story but as you will reach the last level you will be getting the feelings of that the story with which we stated is having no connection at the end. I mean the story is little confusing. Now talking about the game, a girl in her childhood makes a plane of paper and then throws it in the air. After that you first level starts. This level is very short and you will not enjoy it. Then this plane of paper reaches to a gentleman and then he writes something and he again throws this plane in air. This process goes on with the progression of the game. Now you have to make a fleet of the planes you have your planes will be getting off on the airport. The controls on the air are not that much. The game is not that interesting when comes to air. I mean the time span is very less. When you will playing Flight! game then you need to get lot of things in the air like stars, paper crane etc. These things increase the power of your plane. Behind every flight there is a story involved. So on whole you will be finding this game very interesting. Also, there is one more thing which that you will be getting your plane upgraded.

In this game you will drive your pane through the air. Also, there are more things which we can do like the up gradation of the game. The game Flight! has a lot of visual effects like the landing of the plane on the airport. 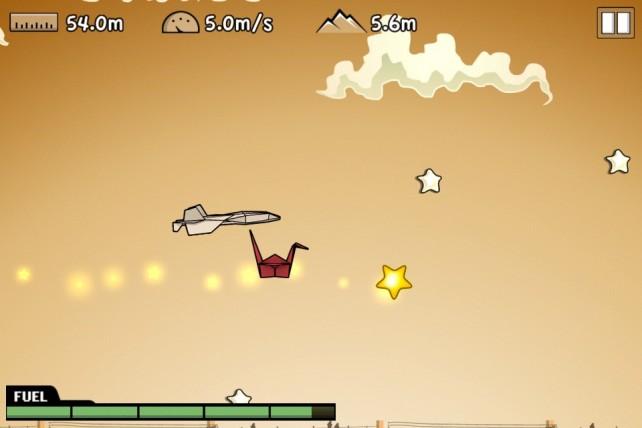 How Flight! is different from other game

The World Wide Developer’s Conference (WWDC) in early June is expected to be the occasion for launching of iOS 6. In this post, I am highlighting some most anticipated features and software updates for the most awaited iOS 6. Do have a look and gain your knowledge about this upcoming operating system.

Apple releasing its new iOS6 version in September. Read this article to learn more about the exciting features of iOS6.