Xperia SL is the newest smartphone to be launched by one of the biggest electronic gadget manufacturer in the market and that is Sony. This amazingly smart device is supposed to be presented at IFA 2012 on 29th of August. Ofcourse we all are curious to have a brief look at the amazing features that this device holds.

I would like to go through all of these one by one so that we can clearly discriminate about all the different aspects of this smartphone. And on this article we will see in detail each and every features of this new smartphone from Sony, which is Sony Xperia SL. 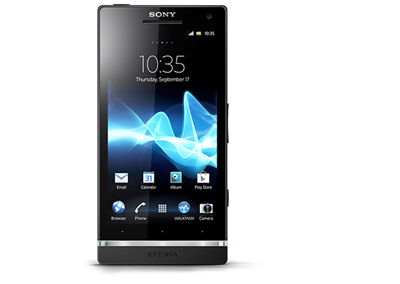 The most important part of the phone, on which this device heavily relies is the latest Android OS, v4.0.4(ice cream sandwich).It is equipped with Qualcomm MSM8260 Snapdragon chipset clocked at 1.7GHz, Dual core processor which is again powerful. Also the phone is equipped with a RAM of 1 GB which gives a bit of versatility-in operations to the device of this kind.

Now an important aspect of smartphone is memory. Here in this case, user is provided with the ease of big 32GB internal memory storage but lacks any option for the external slot that user could facilitate for enhanced storage capacity. Overall the new Sony Xperia SL arrives at pretty decent internals and these features that are prrovided to the phone by the company are more thatn enough to attract the crowd, especially a country like India. 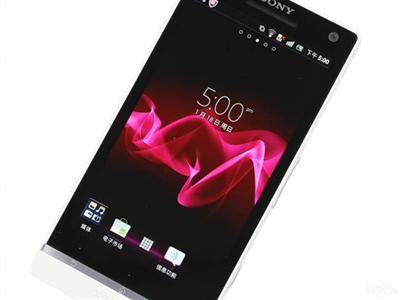 Now comes the next part which is the appearance of the phone. The size of the screen in this phone is 4.3 inch of touch screen with 720x1280 pixels display resolution giving about 342 ppi density which is quite good to watch any HD video. It is equipped with LED-backlit LCD, multi-touch capacitive touch screen with a variation of 16M colours and with a multi-touch ability of ten fingers at the same time which is quite amazing.

Also, in terms of touch screen safety, it is provided with scratch resistant glass. And for the best part it uses a Sony BRAVIA Engine for display & Timescape UI for better user friendliness.It weighs 144gm and is composed in the 128x64x10.6 mm. It makes appearance in three colours which are White, Black& Gray. It also has a 3.5mm jack for external connectivity.

The Sony Xperia SL is provided with impressive designing and display features that will surely make people feel more adorable. They have provided such a design that can attract the crowd and also it provides that maximum comfort for the user. SO, the Xperia SL is going to be one of the best designed Xperia phones by Sony. And the display features are not that bad. The main thing which is the Sony Mobile Bravia Engine, is enough to make the user to buy it. They have user the technology that they use in their LCD TVs and the role og Bravia engine has a mojor role in the growth of the Xperia phones for sure.

This smartphone is powered with two cameras primary & secondary with a resolution of 12MP & 1.3MP respectfully and a LED flashlight even operational for shooting the videos at really good quality ie 1080pi hd. A lot of camera features have been incorporated like geo tagging, touch focus, face ⌣ detection,3D sweep panorama and image stabilization.

So definitely shooting experience will be an extra-ordinary with this phone. The camera features provided are really smart and worth of the penny. Because, Sony's 12 MP camera is such good that it can give a deatiling of 15 MP. The work that they does on the Cybershot can really be seen in other Xperia cameras too and this piece of work in case of Sony Xperia SL makes the compay to much higher grades only because of the camera features. 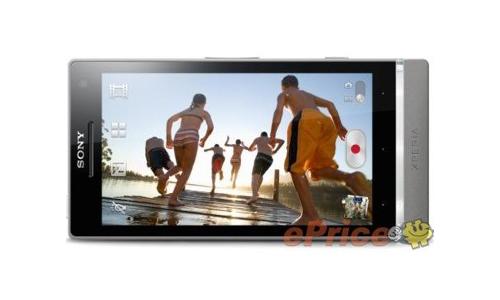 The Sony has shown no shortage in case of the connectivity for the new Xperia phone which is the Xperia SL. It can be said as it is mainly concentrated on teenagers that, it includes all the features that a teenager from India wants and they have succeded in implimenting those features to life through Sony Xperia SL, like Wi-Fi and USB On-The-Go support etc.

Other Features of Sony Xperia SL

This configuration makes it useful for applications like Google searches,maps, Gmail, Youtube, Google Talks etc. The Xperia SL uses an HTML5 browser which is fast for browsing & Adobe Flash which would give new experience to people watching videos directly from the internet than downloading them first. It has different sensors like accelerometer, gyro meter, proximity sensors as an added advantage including a compass needle which gives it an adventurous touch.

It is also supported with a GPS navigation system.For software robustness it is java empowered MIDP emulator. The new Sony Xperia SL is a Sony PLAY certified device whic will surely be a good news for the gamers and will provide more features, being a Play certified device. Also the Sony comes with another impressive feature that the users will get 50GB of free Colud Storage for the lifetime and that is an offer we can't resist.A few other appreciated features are availability of HDMI port, Active noise cancellation with dedicated mic, TV launcher, different types of music files support, stereo FM Radio with RDS etc.

For music lovers this phone as already discussed supports a wide range of files namely,MP4/H.263/H.264/WMV and MP3/eAAC+/WMA/wav players.
When all said & done, this device has a little more to offer. The device is powered with lithium ion battery. And the company says that the battery will not get juiced out easily.

Sony has announced the new Sony Xperia SL, which is going to be next phone that gets added to the list of one of the best phones from Sony. And the device is expected to arrive at a price around Rs. 35,000. It just the expected price, the official price may vary according to country.

And the device is expected to be reveiled in 3rd quarter,most likely August itself,of 2012 for sure. And the question that is to be answered is that will that be a success or not, and that can only be done after the release and it is all up to the people.

In this article, I will explain the specifications, features and reviews of newly launched Android phone Sony Xperia-SL.