Samsung has introduced its all new smartphone, the Galaxy S Duos S7562 to India. The phone uses Android platform to operate. The phone comes with new features. The additional features and its design makes it different from other smartphone. The phone has slight resemblance with the outer design of Samsung Galaxy S3 and S2. The main advantage of the phone that makes it more attractive is it's Duos feature. Smartphones with dual SIM technology are very rare and more attractive to the customers. The customers are in search of such smartphones. Actually the phone is not officially launched, so the price of the phone also not revealed by the company. 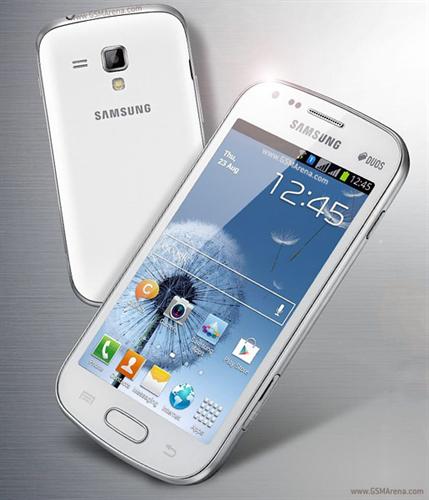 The Galaxy S Duos S7562 comprises of a TFT capacitive touchscreen with a true display support of 16M colors and supports Android OS, v4.0 (Ice Cream Sandwich), upgradable to v4.1 (Jelly Bean). It is more user friendly due to its salient features and its ease of using and has a good speed of functioning, since it works on 1 GHz Cortex-A5 CPU and an Adreno 200 GPU. The phone comes with an internal memory of 4GB storage and a RAM of 768MB. It also supports microSD card and can be extended upto 32GB. Most of the audio and video formats are supported in this handset. The next relevant feature that we need to consider are the camera features. As a minimum requirement a smartphone should contain a 5MP camera. Just like that, this phone also supports 5 MP camera with auto focus facility and a LED flashlight. As an additional feature the camera supports Geo-tagging. Actually, the phone also has a secondary camera of VGA type which is mainly used for video calling through 3G network. This dual SIM phone also supports 3G, 2G, Wi-Fi, Bluetooth 3.0 with A2DP, GPS and microUSB 2.0. 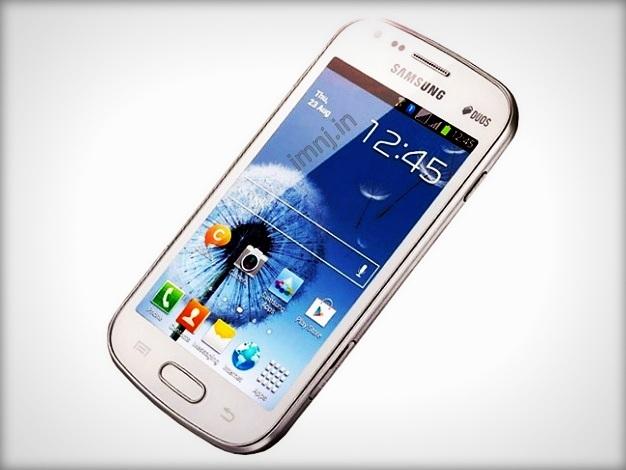 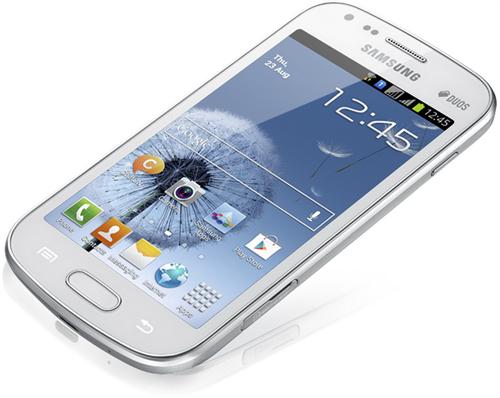 4.0 inch sized TFT capacitive touchscreen is used in this phone. It comes with a 16M true color display with 480 x 800 pixels and consists of 233 ppi pixel density.

New generation Android platform is used. The phone supports the Android OS v4.0 (Ice Cream Sandwich) and can be upgraded to v4.1 (Jelly Bean). A new multimedia technology is used here, so the applications are more faster. It comprises of preloaded and inbuilt applications.

The phone comes with a 5MP camera with LED flashlight which supports auto-focus and Geo-tagging facility. The pictures captured on this phone have a resolution of 2592х1944 pixels. It also supports video recording of VGA@30fps.

The functions of this mobile are high speed, since it has an inbuilt memory of 4GB and it works over 1 GHz Cortex-A5 CPU and a GPU of Adreno 200. It also supports microSD card and can be expanded up to 32GB.

The dual SIM feature makes the phone more attractive and it has an inbuilt stereo FM radio with RDS. The Java applications can be supported using the Java MIDP emulator. The sensors used in this phone are Accelerometer, proximity and compass sensors. The phone comes with white color.

The phone comprises of attractive inbuild apps. You can stay connected with your friends via Facebook. It also have preloaded applications such as document viewer, Google maps, Google talk, Youtube ,etc...

when was it launched in india?
is it a best buy for dual sim lovers?
is browsing & surfing fast?
does it really have auto focus facility?