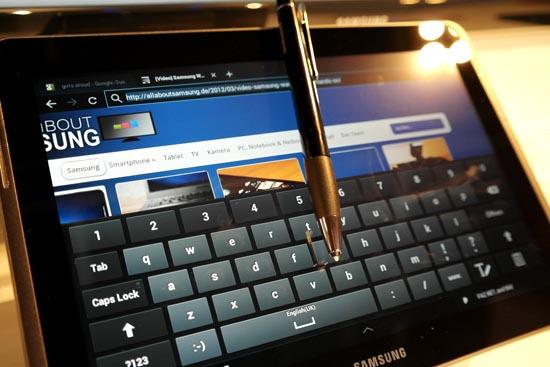 Galaxy Note 10.1 had a numerous fake launches but Samsung has finally decided to bring the revamped version of this tablet PC to the Android market. The Samsung Galaxy Note 10.1 is expected to be available at a cost of $400-$500 as per the declining trends of Android tablet markets.
The tablet is being launched with Android 4.0 Ice Cream Sandwich OS and in later weeks will be Upgraded to Android 4.1 Jelly Bean. The tablet also features all the smart features of Samsung Galaxy S III such as Smart Stay and Pop Up Play.

The specs of Galaxy Note 10.1 includes a Samsung Exynos 4 1.4 GHz quad-core processor, 10.1 inch 1200 x 800 WXGA display, novel S Pen stylus and 2GB of RAM. A better resolution was expected in Galaxy Note 10.1 but the Exynos 4 Chip is not capable of driving a display with better resolution. The group of customers seeking better display features in Galaxy Note will thus have to wait a little longer till Samsung upgrades its Exynos 4 quad-core processor. However, disregarding the disappointment with display resolution, Exynos 4 is one of the best features in Samsung Galaxy Note 10.1. This 1.4 GHz quad-core processor really speeds up all your apps and softwares and ensures better and faster response of the tablet. The tablet also features a 5MP rear camera - which can be used for recording high-definition video, and a 1.9MP front camera that can be used for video calls and video chats. Apart from the internal memory, this tablet supports micro SDcards for expanded memory. 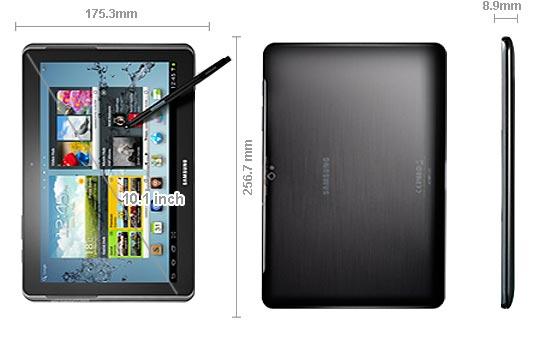 This Android tablet also comes with an enhanced battery life of 7,000 mAh. The Wi-Fi plus HSPA+ version of Samsung Galaxy Note is especially commendable as it caters to all your connectivity needs while supporting a maximum resolution of 21 Mbps.

The Samsung Galaxy Note 10.1 blends its distinctive hardware specifications with remarkable software features. One of the most noteworthy features of Samsung Galaxy Note is multi-screen. The screen can be split into two workspaces and parallel apps can be run in both. This exceptional Android tablet also supports Adobe Photoshop Touch catering to that quick creative side for photo editing and creating designs or visual art. It is supported with S Note, Polaris Office, Crayoon Physics, S Pen, S planner and many more explicit Note applications.
Apart from these various applications the Samsung Galaxy Note 10.1 will also include Samsung hub supports such as media, video, readers, music, games and learning.