Where it is lagging
Dyad is having different concept but you will get bored after playing one or two times. The graphics are also not that good and lacks at various places. The smashing effects could have been better. The game looks like you are time traveling. So it does not give actually feeling of playing a game. If the detailing in the game can be made better then yes it just got more excitement.

Sometimes when we see some games it looks like that there are so many different ideas which are available the world to make games. The game which I am going to discuss is having name Dyad. A very different game which I have ever seen in my life. You have a tunnel and then you have to follow the geometry to complete the game. The background music is accompanied by the motion of the objects. So let's discuss the game in detail as we scroll down.

A game is good when it have graphics or something more interesting to do. But sometimes games are just not tolerable. Dyad is a game which has been built on the light graphics. There is a music which changes at every level or at any type of achievements. You have to go forward by joining the enemies of same color. It is same like you are playing a game in which we have to make same color jewel to collect and then the whole line eliminates. The geometric structures which you have to make are having different shapes and color of light. Now there are various levels as how to match different geometrics of same color. The music which plays at background is having same coordination with the events. So I did not felt anywhere that the music is going out of the line. There are trophy stages and to obtain this stage you have to get the 3 stars and then you can play this level. The level in which there is a trophy is very hard. Actually in this you can smash you enemy with high speed. The light effect at that time is very good. 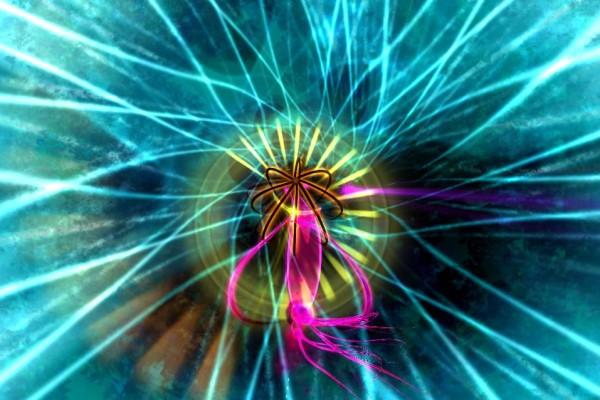 In Dyad you have to gain the point by killing the enemies which have different geometric structures. You can increases your speed and smash them hard. But they will also come at very high speed sometime.

How Dyad is different from other game

Dyad game is totally different from other games in any aspects. When you will play this game at first you will feel that you are travelling in a tunnel for time travel. The graphics are maintained standards but music is good at the background. The whole concept of this game is different.

Ratings for Dyad game
From my side I would like to give this game a 7 out of 10 and for music it will be 10.