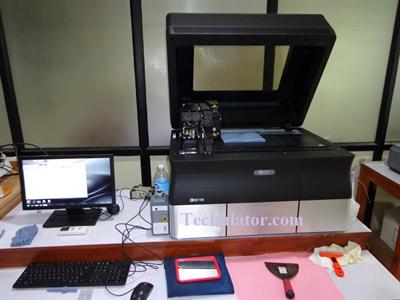 In such configurations, each user workstation (client) prepares files with Object Studio software for printing. In multi-connection with system a server (host),is connected with KVM switch and Object30 printer , acts as a job manager that sends printing job to the printer for printing.

Below figure shows the Object30 printer set up in a multi-client configuration. 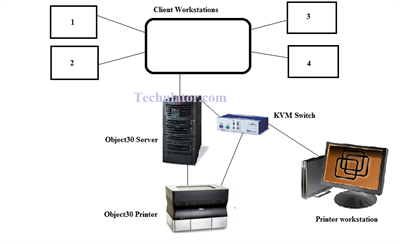 When installing the Object software, you can choose whether to install it as a client or as a master station (server or standalone station).

KVM switch is used to connect the two computers one is in-built in Object30 3-D printer and server. You can access only single desktop at time by pressing two times scroll then enter.

As given in above figure that final signal is given by the server to the printing system. server is connected with computer through KVM switch and directly with Object30 3-D printer. 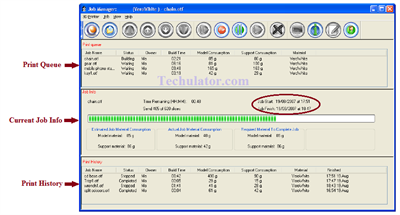 The Object software arranges the jobs it receives according to their properties, model-material type, and other factors. In multi-workstation configurations, the operator of the server-typically the production administrator-has total control over the jobs sent to the 3-D printer, and can prioritize and delete jobs, review bob history and reprint a job, and so on.

How to block a website in all web browsers (Windows XP)

In this resource I will tell you a simple method to block a website .This method works in all the browsers including Mozilla and Internet Explorer

How to install, configure and setup BSNL WiMax