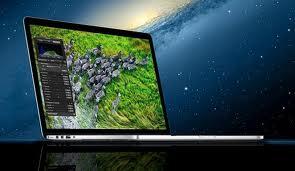 When you first pick it up, the new Apple MacBook Pro with Retina display feels like a cross between the existing MacBook Pro and the MacBook Air. The difference in weight is impressive: it's no Air, but this highly specified 15in notebook is lighter, as well as much slimmer, than the l3in MacBook Pro.

You can hold it with one hand, from a corner, without feeling either the case or your wrist is about to get a stress fracture. If you regularly carry around a l5in machine, you'll really appreciate the change.

You may not feel quite the same about the keyboard, which has a very different feel to the conventional MacBook Pro. The travel on the keys is lighter and they feel clicky rather than firm. If you've spent thousands of hours battering the keyboard of an older model, you'll probably take a little while to get used to it.

One thing nobody will object to is the sheer speed of the new machine. You'll have to wait until next issue for our full round of benchmark tests, but in the short time we were able to spend with the hardware it was clear that the Retina MacBook really flies.

Everything happens much faster than on a two-core i7-based Mac. There's no waiting, and the spinning beach- ball of doom just isn't there. Remember, this is despite the fact that it's constantly pushing four times more pixels around.

Remarkably, thanks to the new asymmetric fan system, it seems to achieve this while remaining both quiet and cool. We did manage to get the fans going at one point while rendering HD video, but they were still much quieter than on the old MacBook Pro. In normal use, the base of the unit is warm to the touch — in fact, when you really push the processor, it can get distinctly hot — but again, less so than the existing model.

The MacBook Pro connections are also forward-looking. You get two Thunderbolt ports rather than the single one introduced last year, but surprisingly Apple has also upgraded the two USB ports to USB 3. This backward-compatible protocol is comparable in speed to, and more widely adopted than, FireWire, and while Thunderbolt in principle makes it redundant, being able to connect USB 3 peripherals is a bonus. 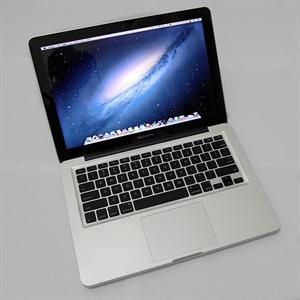 There's also an HDMI port for display output to HDTV sets and home cinema projectors, a feature previously limited to the Mac mini. Not built in are Ethernet — 802.11in WiFi is reckoned to be fast enough for everyday networking even among professionals, but a fast Thunderbolt-to- Ethernet adaptor cable is optional - or, of course, an optical drive. DVD is just too bulky for a pared-down system like this and Apple is edging it out of the Mac range: the mini lost its slot last year. An external SuperDrive can be plugged in if required.

The slimmer body also necessitates a new power plug, MagSafe 2. Apple does offer a converter so that existing power adaptors can charge your new model, but not vice versa: you can't charge older MacBooks with your new adaptor. The battery you're charging via MagSafe 2 has been specially designed to fit around other Retina MacBook Pro components , making the most of the space available.

As a result, it promises the same seven-hour battery life as previous models, despite the higher processor and graphics chipset it's driving and the five-megapixel screen. Again, we haven't been able to verify that in practice yet, but Apple's battery life figures are generally very realistic.

Also squeezed inside are high-quality stereo speakers — one each side of the keyboard, as in previous models, but now delivering much better sound quality, says Apple - and a pair of built-in mics (both on one side), which combine to create an 'adaptive audio beam' that auto-adjusts to ensure Mountain Lion's Dictation feature hears you, not background noise.

The Apple MacBook Pro with Retina display screen is quite honestly, incredible. You may not really grasp how good it is at first. You'll instantly notice everything is sharper, less fuzzy.

But it's only when you find yourself looking more closely at a photo or video to detect a particular detail — and succeeding without zooming in — that you'll begin to appreciate how it could change the way you work Or when you next use a non-Retina Mac, of course.

As an aside: for web designers, Retina displays finally herald the death of fancy text rendered as graphics. Unless you bump up the size on them to a ludicrous extent, they're going to end up horribly fuzzy on these screens and look rubbish next to properly rendered text. There's little excuse for not using proper web fonts any more, so it's a good time to kill off the whole text-as-images thing.

It's not just the pixels that set this screen apart, though. The colours, the deep blacks, the high contrast ratio, the wide viewing angles — everything about the display is amazing.

Apple says it's the best screen it's ever put in a portable computer, but all things considered we'd simply say it's the best computer screen ever made. Top-end pro desktop monitors could claim to beat its color performance, but none can even begin to rival MacBook Pro pixel density .

Interestingly, although Apple has updated all the main MacBook Pro apps that ship with it, together with the paid-for iLife, Aperture and Final Cut Pro apps, it doesn't appear to have updated the iWork suite: text in Pages, for example, is nowhere near as crisp and sharp as it is in Safari.

This now seems likely to happen with the next (and very long-awaited) big update to iWork, which could turn up with the release of Mountain Lion in July. Apple will need an updated iWork by then to show off the new features of iCloud.

The MacBook Pro with Retina display is, as Apple says, the most beautiful computer you've ever used. It's quicker, lighter, sharper and just all-round better. Though it casts a lot of money, but it buys you a piece of the future.