Huawei recently launched its latest Anrdoid tablet called the MediaPad 7 Lite. This 7-inch uber-stylish tablet in a unibody metal casing sports a premium look as well as high performance Android 4.0. Although Huawei hasn't yet confirmed the availability or pricing MediaPad, the market is soaring with anticipations about the performance of this tablet. Mediapad 7 Lite is a sleek and stylish tab. Let us compare Mediapad 7 Lite with the high performance Nexus 7 by Google.

Media Pad 7 Lite runs on a 1.2GHz Cortex A8 processor which seems to be a compromise between performance and price as most tablets in the market are based on A9 processors. Huawei MediaPad 7 supports operating frequencies of GSM 850/900/1800/1900 and HSDPA 900/ 2100 MHz.

However, Huawei has not compromised with the storage, RAM or connectivity of the tablet. Huawei MediaPad 7 Lite offers 1GB of RAM and 8GB of internal storage which is similar to that of Nexus 7. Nexus 7 as well as MediaPad 7 have an internal memory of 8GB and a practically unlimited phonebook, call log details, inbox capacity and message details. In addition to the internal storage, MediaPad 7 features a memory slot for microSD cards which is unavailable in Nexus 7. MediaPad has an expandable memory of up to 32GB which is also not provided in Nexus 7.

With the Huawei MediaPad 7, you can stay connected with its integrated 3.6Mbps UMTS/HSDPA modem. It offers 3G connectivity through HSDPA 21 Mbps and HSUPA 5.6 Mbps modems. The modem also claims to support SMS and MMS services. Apart from the integrated modem Huawei also features WiFi b/g/n, WiFi Hotspot, DLNA and Bluetooth v2.1. It also has Class 12 GPRS connectivity which is not offered by Nexus 7.

The battery for MediaPad 7 is a Li-ion 4100 mAh pack but Huawei hasn't yet given indications about the runtimes. The battery supports a talktime of around 7 hours. Nexus 7, on the other hand, comes with Li-ion 4235 mAh battery with a longer runtime.

Apart from the basic specifications of storage, processor and connectivity, MediaPad 7 also boasts of an in-built accelerometer, a digital compass and an ambient light sensor. The in-built browser for MediaPad 7 supports HTML5 and Adobe flash whereas Nexus 7 supports HTML and RSS on its browser. Both the tablets have audio and video player supporting most codec. Furthermore MediaPad 7 employs SRS sound enhancement system for a better audio quality than the Nexus 7. 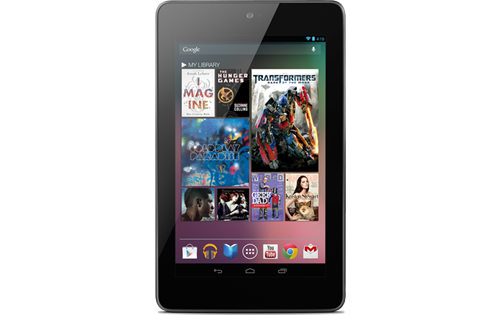 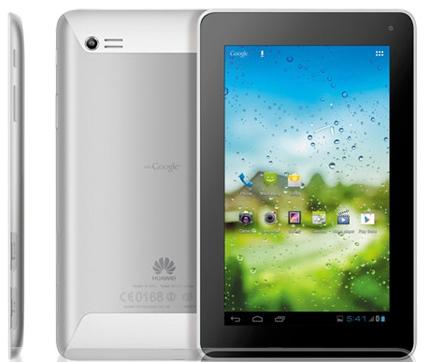 All-in-all the MediaPad 7 seems a promising alternative to the Nexus 7 tablet for those seeking a high-end tablet with a premium business class mien.