Recently in June, 2012 Microsoft had organised an event, where they finally unveiled their eagerly awaited Windows Phone 8. It was previously dubbed as Windows Apollo, however, the rumors died after the unwrapping event. We shall proceed with further details on the subject matter, but before that, there is a sad news for the previous users of Windows Phone!. Even though WP 8 is shinny, its resilient and it's much more powerful, yet it's unable to offer OS update for previous WP versions, so if you want to get your hands on WP8, you must have to buy a new phone.

Windows Phone 8 and its Relationship With Nokia

Nokia, which went in partnership deal with Microsoft in February, 2012, struggled during their last quarter and lost around $3bn dollars, but its strategic friendship with Microsoft is still getting strong, which I believe is necessary to have a healthy ecosystem in mobile phones industry.

Nokia after the announcement of WP 8, did realise the shortcoming and disadvantage to previous WP customers, which is why they have just recently halved the price of their previously released Nokia Smartphone Lumia 900 from $99 USD to $49 USD. So, this is the time for budget consumers to jump onto this bargain. You can find the Nokia mobile prices at http://mobilephones.pk/nokia. 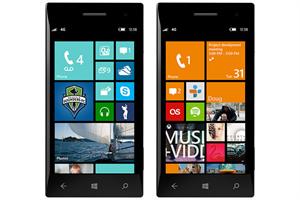 There are handful of differences between WP 8 and WP 7, however, there are overlaps at certain levels, which we shall be discussing through our comparison chart below.

First thing first, let's begin with the "Kernel" the soul of WP 8. It is said that WP 8 been designed in a way that it will be using same kernel as Windows 8, compared to previously used Windows CE Kernel. Even though the new kernel is more robust and will ensure faster operations, it will still support all the previously released applications for older Wp versions. Developers must note that Windows 8 apps won't necessarily be directly compatible to WP 8, but there are ways to go about it to make the apps work on both platforms.

There is a definite leap in this department, as the previously released versions of Wp, such as the latest WP 7.5 and even the future predicted upgrade of WP Tango, can only support single core processors. With advancement of mobile phones hardware, it is an inevitable requirement for operating systems to be compatible with new and improved hardware. Luckily, WP 8 does have multi core processor support and it surely does open new dimensions and future for WP os. 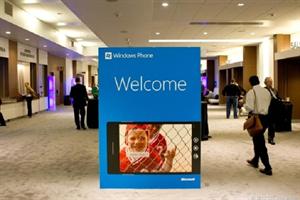 Some of the core elements of Windows Phone 7 have been exported into Windows Phone 8, such as communication between app to apps, sensor fusion, sandboxing of metro applications some of the other features, which are carried forward are security suite, multimedia functions and network capability.

Syncing and Completely Moving to Skydrive

Cloud hosting is the future, Apple realized it early and hence offered iCloud services. Microsoft is doing the same, with the release of their new version of Windows Phone 8, they will be completing Skydrive implementation to all MS based devices. With this functionality, there won't even be the need to sync to your computer for the music.

Some Other Changes in WP 8

Following are some other noteworthy changes in upcoming Windows Phone 8 mobile OS.

1: MicroSD card support.
2: Allows users to communicate with other users over signals, a technology related to radio frequency!
3: NFC enabled
4: New Internet Explorer 10, with advance features.
5: Microsoft wallet service, which will allow to store sensitive banking information.
6: Ability to save and store Nokia maps to be able to view them later when offline.

That is it for now folks, we shall look forward to see how this story builds, your feedback is appreciated.

I really like this post. I find it helpful since I just bought the Lumia 710 which is wp7.5. There are no huge software changes such as interface, apps and others. Great post!