Football Manager Handheld Edition is the world popular sport management game and it is now supported for Android Smartphones. Also this is the best selling game in the world. It was a really successful game for iPhone, iPad and iPods. It gives really great experience in the gaming world. It allows an user to control and take the greatest job on earth. You are allowed to take any club from a choice of leagues in 12 different countries and play differents modes like season, champions league, Career modes, challenge modes etc. This game also features tackling, tactics, training and managing your team before or even during the live match days. This game is a great timekiller and a pocket sized one which allows you to play while lying on the sofa. Football Manager Handheld Edition for Android has been designed to support in every Android devices having Android version 2.2 or above.

This is another top android game that is related to physics puzzles which is similar to the ideas of Angry birds but is unique and awesome. This is highly addictive and a great timekiller for Android users. This game has been designed with unique cartoonish style with funny little bath toys. In this game the main characters are the Sharkee, his band of little bath toys and a bunch of mischievous ducks and you are the one to control the main character Sharkee. The goal of this game is to aim and shoot down the ducks with using simple physics techniques. You can simply dragging and aiming in a particular direction and releasing the tail of Sharkee to launch him at the ducks. Grab all coins to finish each level and you will be able to upgrade your Sharkee with new skins by collecting enough coins. Shark Dash will be able to reach upto 96 levels in the future updates. Shortly Shark Dash is an awesome game and it gives you more entertainment than Angry Birds. 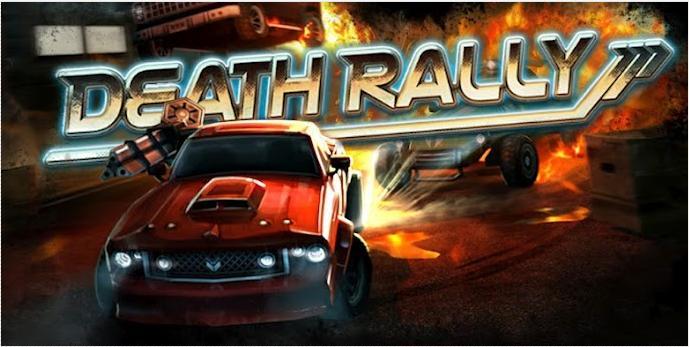 Death Rally is an Android game based on action pack. I has many features and you can enjoy it with cars, guns and explosive funs. The important feature for this game is that you can play for free as long as you want as it is a free game from Android market. It also includes career mode which is thrilling and allows you to upgrade your cars and weapons for experiencing more entertainment. 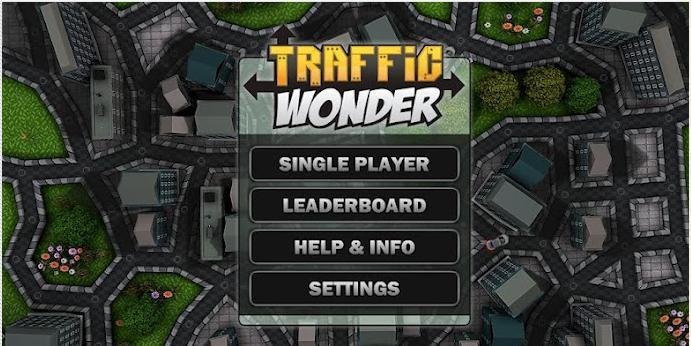 Here comes another great Android game that is now available for offer price in Android market. Traffic Wonder HD comes with a great concept of a puzzle game. There are many different and unique levels and you can pass each level by taking your nano cartoon car and reaching the destination through the best possible way. Although it seem to be a kid game, it has more hidden features than hearing. You need to reach your car to the destination in a quickest way by burning least amount of fuel as possible, as game will be over if you are out of fuel. Tap over your car and drag it along the way to reach your destination as quickly as possible. There will be a minimum goal that you have to score reducing the loss of fuel, in order to move on the next level.

Cafeteria Nipponica is an excellent game with interesting design. It is a game that is related on the theme of running a restaurant where you have to find ingredients and make menus. In this game you the restaurant chef where you have to research recipes and spice up your menus in order to bring your restaurant to a great success. Cafeteria Nipponica also allows to host variety of events like eating contents and cooking classes by earning enough points and by this you will boost your popularity even further.

Another cool app from Google Play which is compatible in Android devices. 8 bit Ninja is a pretty cool game where your goal is to survive from a large waves of fruits like melons, coconuts, lemons, oranges and even the nightmare dragon fruits. You can slice down the fruits or blow it into pieces using your ninja weapon. Earn more coins and Xp to buy more weapon and level up your ninja.

A complete adventure game for your Android device, snap one right away and kill your boring time. Even though the game is adventurous, it includes a beautiful storyline which merge with strategy genre and battle squads. Battleloot Adventure is easy to access with a great graphics effect. Like other mentioned games, this will also keep you addicted as it is nice and full of fun.

Another cool game called Dark Legend for all Android devices. This is an adventure game about vampire which makes us interesting to play. In this game we are the immortal Vampire with many super abilities like super speed, immortal power, huge and deadly weapons to smash the werewolves and demons. The main mission of this game is to dominate your Vampire Nation and destroy their enemies. This game also allows the gamer to unlock special powers for their vampire. Dark Legend is a breathtaking and awesome game that we can find on Google Play for free.

This is another Android supported game which features 3D graphics. Gunman Clive is completely a story based game where we have to complete each mission and finally save the Mayor's daughter who has been kidnapped by a group of bandits. There are levels where we have to fight with huge and massive bosses that makes us even more interesting. The main action of attack in this game is shooting. Jump and shoot to finish giant boss battles.

Radiant Defense is an interesting game which is available in Android market for free. Radiant Defense is a similar game to that of Tower Defence. The only difference is that the defence is set in the Radiant Universe. The goal in this game is to kill millions of aliens with the powerful weapons that we have. We are allowed build our space fortress any way we wish. This is one of the Android's Best Tower Defence game which is available for free.

Top 10 free Android games that do not require internet connection