BlackBerry Curve 9320 Smartphone that comes with advanced feature like BlackBerry 7.1 OS and 3G features option etc. This Smartphone is entirely a different product compare to various branded Tablet PCs, iPad, iPhone and other Smartphone available in the market. 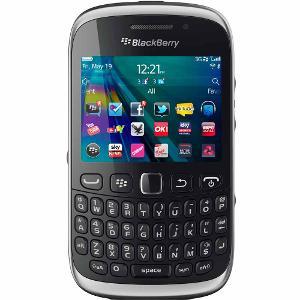 BlackBerry Curve 9320 (3G) Smartphone available in two colors that is black and white. This Smartphone price tagged for Rs 15199/- or $150 approximately.

Although BlackBerry Curve 9320 Smartphone is 3G optional with advanced OS, one can say that this product has tagged price with little expensive compare to similar feature products available in the market.

There are few advantages in this Smartphone such as BBM Key, Battery long life and said to be 7 hours continuous usage, Simple navigation, somewhat related to normal old style Blackberry. This Smartphone comes with 2.44 inch non-touch display screen but it has 3.2 mega pixel camera with LED flash. It has BlackBerry Messenger key, 512MB RAM, 3.5mm jack, Bluetooth, Trackpad, microSD expansion for 32GB expandable.

Since consumers are on the way to use touch-integrated devices like Tablet PCs, iPhone or other Smartphone with advanced and touch option, this Blackberry phones stands behind them in price and the more or less features. Smartphones or Tablet PCs like iPhone 4, HTC One X, HTC One S and HTC One V is somewhat gives benefit in their features, this BlackBerry is unable to compare with these products. You can compare HTC tablet PCs with other Tablet PCs listed in this site.

BlackBerry Curve 9320 Smartphone is useful for the official usage or for those who always use BlackBerry device. This phone stands exceptionally.

very nice phone ,
yet now i didn't see the phone like this.

well done keep it up

I am BlackBerry user, so I know its value. This 9320 series is a fabulous piece of BlackBerry, 9320 has some extra features that you won't get it in any other device. 3G feature is an additional one as other device.