Pros and cons of Busted! game
Pros- It is a complex adventure game with different animations and cut scenes. Controls are smooth.
Cons- Performance issues make this game a total turn off.
Developers: Mentalwarp Games
Download and play Busted! game


A game that provides players a utopian experience

Busted! game is a pet project of MentalWarp, kick ass game developer. Unlike other games it doesn't encourage flying car or messy automobiles rather the game is all about driving your ship to the brink without getting caught.


Busted! is all about safeguarding yourself from the cops and other obstacles. In return, you will get credit dots, which will help you to fight your battle.

Busted! has floating/flying cars and in the game you have to manoeuvre through the tube like highwats that provide you the way around your cities. In this game, you have to explore new cities while protecting yourselves from cops and other explosive objects around the way.

Tilt controls will spin the ship around the tube and pressing anywhere on the screen will increase your speed. This is the best way to chase the cops.

Coins are provided in the form of award, through these coins you can equip the ship with protective layers- layer 1 shields and magnets, layer 2-boosters. Regional Leaderboards help you to keep a tab on your performance i.e. who goes farthest. 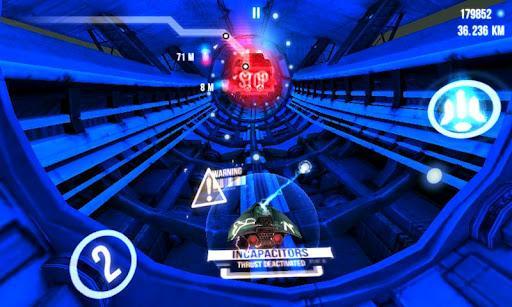 The major advantage point that works in your favor is updated textures, widescreen support, and futuristic style. The graphics of Busted! are spectacular, and have a pre rendered cinematic look depicting a cop's chase. It offers player's stunning visuals, and a perfect cohesion of sound and voice. It makes players to experience a menu that is delectable and palatable.
Through this game you can make out that MentalWarp has put their heart and soul in developing this game. 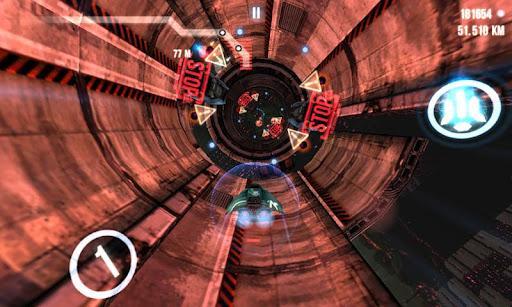 The major flaws of Busted! game
Undoubtedly, Busted! provides you an immersive experience, but the game lacks on performance front. The game is dependant upon the players who need to find harmony between uneven tracks, and when the ship frame rate tail off or there is an immediate pause, and you are immediately jolted out of an experience. It is a high definition package that brings life to the over enthusiastic players.
The game offers a wealth of content, but players need to do the right things to win the game. Busted also respond well to the tilt controls.

Markets are decked with mobile video games, but none offer incredibly responsive tilt controls. It is an area that needs to be explored by the mobile video game market. The controls are incredibly responsive, yet not bouncy and overly sensitive. While on a walkthrough you will be provided with visual clues such as distance markers, high scores and ranks. The next major turn off is that there is no persistent levelling or unlocking ways, so the maze becomes clueless and sometimes overtly irritating.

It is just like any other pick and play a game. The major eye candy point is that the loading time is speechless. It is almost negligent except during the initial launch.

The only thing that puts me off in Busted! game is performance issues, hopefully by obtaining the feedback it will iron out all the creases of non performance. Busted! is a game that provides an insight on what mobile video game market can do to provide players an enriching experience.

Nice review on Busted! game with Pros and cons. Thanks