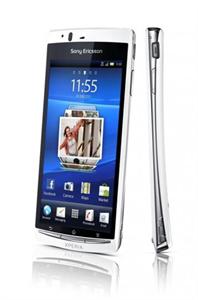 SONY, the name that reminds us about the famous Bravia Engine and that high quality sounds, have written their names in gold in the field of mobile phone manufacturing too. There are so many master piecies of them now on the mobile phone world, and I am here to tell you about one of that piece of work called the "Sony Xperia Arc S". The Arc S is an upgraded version of its precessor 'Sony Xperia Arc'. Here, we are dicussing the various features and qualities of the Sony Xperia Arc S.

Trully, the Arc S is a kind of master piece. Its elegent look, design, perfomance, all of these makes it one of the best made by the Sony team. It was announced on August 2011 and Sony made it available in September 2011. By a single glance we can see that the Arc S is a well accessorized device with features above the limits of us.

The Xperia Arc S runs on Android v2.3.4 which is usually present in new Android phones. The thing that seperates the Sony Xperia Arc S from other Android phones is that it has a planned upgrade to the upcoming Android v4.0 named 'Ice Cream Sandwitch', which is pretty cool. Also, with the 'Gingerbread' loaded, the Arc S is powered by Qualcomm MSM8255T Snapdragon chipset which is way more advanced than any other phones released along with it.

It runs on 1.4Ghz Scorpion Processor. It has an integrated GPU, named Adreno 205, which is way more advanced GPU that brings the 3D animations ang gaming experience to a different level. All these features that power up the Sony Xperia Arc S, makes it a fully functional Andriod machine that everyone wishes for. It has 512 MB of RAM which is enough to make the device super-fast.

Display Of the Xperia Arc S 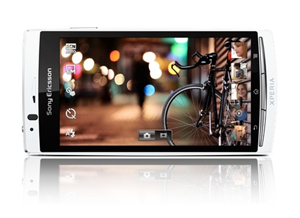 The screen of the Sony Xperia Arc S is of LED back-lit LCD type that makes it look so stunning. The screen is capacitive multitouch screen. The screen is composed of 16 million colours as may of the phones out there. The most important feature of the display panel is that the screen is powered by the Sony's all time famous 'Bravia Engine'. It can be stated as the actual trademark of the Sony. It is of the same quality that we see on the Sony's Bravia LCD TVs. We can consider the Xperia Arc S as a piece of the Bravia LCD tv, running on Android. The screen has a resolution of 480x845 pixels, which is way more than a mobile phone demands.

The whole display panel is protected by the Scratch resistant Gorilla glass. Another thing that need to be discussed in the case of the display is that the new Timescape UI of the Android v2.3.4 Gingerbread. It is the smartest UI avilable on the phones that were released along with it. The Time scape UI helps the user to find certian apps on homescreen easily. The display of the Xperia Arc S is so good that it is comparable to the Retina Glass display of the iPhone4.

I think the Arc S gives more vibrant reds and greens than the iPhone 4. It can also be prefered over the Samsung's Super AMOLED screen. Actually the Bravia Engine is the factor that enables the Sony Xperia Arc S, to take over the quality in the display of smartphones. A problem that still exist is that the lack of the IPS technology. The quality of the colours loses when viewed from wide view angles. 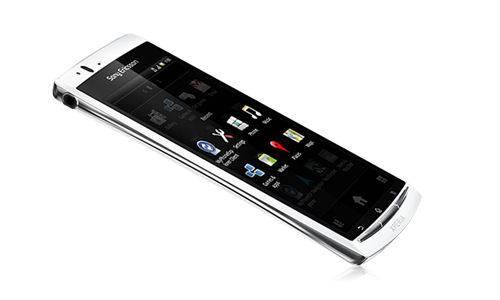 Sony does the hard work not only n the Display, but on the designing too. The perfect expample fo this is the Sony Xperia Arc S. As the name indicates, they have made the phone into a slightly arc shape. That reflects the true creativity of the Sony team bedind the Arc S. The design of the Arc S is so demanding. It is super slim smartphone having a subtle curve which we said earlier. The Sony Xperia Arc S comes with the same size and design of the precessor Xperia Arc, the difference is that Arc S comes with different paint jobs. But the thing is that they are still in plastic. As far as I know, the Xperia Arc S looks most dazzling in the white colour.

On checking out the phone, we can see three buttons below the display screen. A back button, home button and a menu button. And on the aboue the display screen ther is proximity sensor, ambient light sensor and a status LED. There is a 3.5mm jack on the left of the phone. On the top of the phone, we can see power/lock button, micro HDMI port. MicroUSB port,volume rocker and miniscule camera key at right bottom. The camera is placed at the top near to the wedge, which is uncomfortable while taking photo, because fingers may block the view. Another thing is that the microSD port is not hot-swappable. That is in order to remove the microSD card the battery have to be removed. 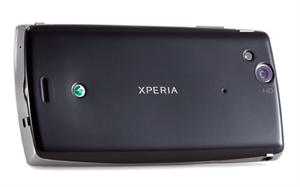 The Sony Xperia Arc S comes with a 8 megapixel camera. It can shoot up to a resolution of 3264x2448 pixels. The camera is supported by autofocus and there exist a LED flash light to shoot at low light. It also supports Touch focus and Geo-tagging. It has unique face detection and smile detection. It also comes with built-in 3D sweep panorama. It has got image stabilization too. In case of video capturing, the device gives about 30 frames per second which results in 720p HD video. It has a feature of continuous auto-focus during video-capturig. One problem is that it does not have a secondary camera to support video calling.

The Sony Xperia Arc S comes with a wide range of connectivity supports. It supports Edge, GPRS, 3G and Wi-Fi. The Wi-Fi is of 802.11b/n/g. It can act as a Wi-Fi hotspot. It is loaded with bluetooth v2.1 ADP,EDQ which makes it fast for sure during the data transfer. It has a microUSB port to connect it to pc for further uses. A microSD slot is avilable. It comes with a 8 GB included card and is able to extend upto 32GB. It has 1GB of internal memory and among it only 320 MB is available for user. It supports GPS with A-GPS support.

The Sonu Xperia Arc S has somny features thet will not come under any of these above mentioned contents and that includes the apps and sensors included in it. The sensors in the Arc S include accelerometer, proximity sensor and compass. Itsdefault browser supports HTML and Flash. It has got active noise cancelletion with dedicated microphones on the phone. Ther are also certain apps that build up the reputation of the phone and the brand. One of them is the TrackID.

It resembles the Shazam software avilable on Symbian Devices. It is used for music recognition. It can identify songs just by hearing it, possivly anywhere like car, TV, bar etc. Another inbuilt App is the Neoreader Barcode reader which enables the user to read the barcodes. It also comes with integrated apps for Google search, Gmail and Google Maps. It has also Facebook and Twitter integration.

All these features all together makes this phone really smart, but in the case of price, its a bit more than the expectation. In India it will cost upto Rs.22449. But the thing is that all the features of it makes the product worthy of each penny the user pay. And its not a bad thing to get all the features like Bravia Engine, 3G, Wi-Fi, 8mp cam, 8GB memory, 512 MB RAM etc. And we can say it is all these features that makes the Sony Xperia Arc S an out standing piece of work.