A Tablet, a mobile computing device which works similar to a computer and which is larger than smartphones but smaller than a computer or laptop. It works on similar principles as computer or laptop does. Some manufacturers produce mixed technology devices in the mobile computing field i.e. half tablet and half laptop to fill and satisfy the need of the common man who cannot afford the huge price of laptop or computer.

Tablets may come in similar and variety of shapes, size, configurations, features and characteristics. All Tablet computer normally have a touch screen interface to operate, an operating system like Android, Windows, Apple iOS and QNX. There are similar configurations as a computer are having like processor, touch screen, multi-media features, phoning facility and network facilities.

The idea of tablet devices is not modern or new but was conceptualized way back in 1968, by Alan Kay, a computer scientist proposed the new technology in computing world with flat panel display, miniaturization, friendly user interfaces and WiFi technology. He also visualized that the device with all these facilities would be helpful to students in schools and colleges. Alan Kay published a paper related to this would be a tablet device and he called it 'Dynabook'. This future device's sketch is almost similar to present tablets but having some exceptions related to technology. Dynabook was proposed with both the screen and keyboard on the same panel side. He also predicted touch screen technology even on those days. In 1989, the founder of Palm, Jeff Hawkins presented GriDPad, the first physical tablet which was having a capacitive touch screen and wired stylus for interfacing. It was having around 5 pounds as weight. Thus GRiDPad was heavy, bulky and having short battery life and capacity.

But without the great vision of Steve Jobs, iPad would have not been possible and it would have not created such a long desire of tablets in the market. Today many companies like Google, Apple, Microsoft, Motorola, Samsung, HTC, Sony etc are trying to fill the expectations of the customer in tablet technology. Learn more about Samsung Tablets like Samsung Galaxy Tab 7.7 (Verizon) features/specifications and review and Samsung Galaxy Tab 2 (7.0) features/specifications and review. 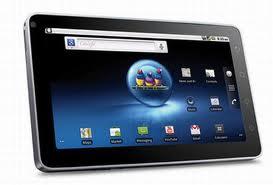 A customer is always thinking about when to do the new purchase and how to select the right item. How to select right kind of tablet computer for his/her use? One can choose to buy the right tablet if he/she knows what actually his/her requirement is in terms of various specifications. Nowadays, dozens of companies are giving tablets in the market with more than sufficient models with high configurations but the customer always finds it difficult to select the right tablet.

Many people want to use a tablet for browsing the web, playing games online, checking emails, watching the movies and other multimedia activities. Today these tablets try to overcome the high cost of a computer and provide similar mobile computing experience as computer gives. There are many things to look for when you are going to buy a tablet. One can look at the Upcoming tablets in market this year 2012.

There are chances of physical damage in resistive screen types but a capacitive screen has a better touch. But in gaming, resistive screens are better than capacitive because resistive screens can operate with stylus while playing the games. Tablet has main component called Microprocessoror CPU which decides the speed of the device. One can choose to buy tablet with higher processor speed to have nice working experience with tablet. Nowadays processors come with 1GHz and more speed with 1 GB RAM. Memory storage is also one of the critical factors to consider while selecting the tablet. Tablets usually come with 16 GB, 32 GB, 64 GB etc storage capacity as internal memory but the user can extend the size of memory with the help of microSD memory cards. Choose the network technology that gives better connectivity with WiFi and with both 3G, 4G support.

In addition to all these one need to consider the screen size and resolution in mind when selecting the tablet. Nowadays, tablets are coming in small to large sizes with 7 inches to 10 inches in size. One needs to look for better screen resolution while selecting the tablet. Other features like a camera which can be the front-facing or rear camera for both video chat or calling and for photography respectively. External USB interface, SIM Support, speaker power, multimedia supports should also consider while selecting the right tablet.

So, One can choose to buy the tablet as per his/her requirements and not by just imitating others.

Wireless Gaming Mouse: How to Choose the Right One?

The Wireless Gaming Mice have been there quite a while, but they were not rated high in performance in comparison to the wireless ones. But in last few days, these wireless gamin mice have reappeared with a whole new set of improvements which made them stand equally on board with the wired counterparts. If you are up to get yourself one, check out these essential features which should be considered while choosing one.

Very informative, this guideline helped me a lot to buy Tablet PCs. Yes, tablet PCs are like half mobile and half computer.