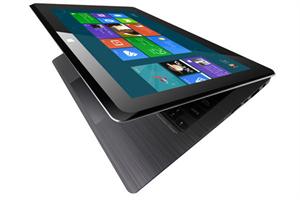 ASUS, a company which wows the world frequently, has did it again by introducing the new convertible one to the tech world. Its the new ASUS TAICHI. It was announced on june 4th 2012, at Taipei. As the name sounds, it feels a bit different from other convertible tablets on the market today, because apart from the traditional detachable convertible tabs, it comes with a dual duty display solution.

That is it comes with two screens, which can be operated together or independently. It has been known that the ASUS Taichi is fully loaded with the latest Windows 8, having Intel core chipset inside.

The main or the highlighting feature of the ASUS Taichi is its dual screens. That it is having display on both sides of the lid. With Intel core processor loaded inside, it has 4 GB of RAM. It can be used as a laptop at the same time as a tablet too. During laptop mode, it behaves as the usual laps and the screen on the back can either mirror all on the screen or can be used as a different one. On exact a user can use it as a lap and anoter user can do anything else on the screen on the other side. To convert it into the tablet mode, there is no need to detach anything, just close the lid, and there you have a perfect touchscreen tablet, having Windows 8 loaded in it. Its light weight and very slim design makes this conversion a kid's stuff.

Memory and processor on ASUS Taichi

ASUS Taichi is powered by the latest Intel Ivy Bridge processor. It comes with the Intel i7 processor, which makes it totally hi-fi. It comes with 4 GB RAM included, which is necessary for two different screens to work simultaneously. Also, it is much good for a device which runs on the latest Ivy Bridge processor. It is a fully functional windows 8 machine which is capable of doing everything that the user wish to do. 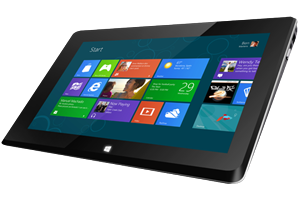 The ASUS Taichi comes with dual screens having size, 11.6 inches or 13.3 inches. The screen of the ASUS Taichi is capacitive multitouch screen, which supports both finger and stylus input. It has a promised HD resolution of 1920x1080. It has 16:9 aspect ratio. Its screen is of LCD, active ,backlit led type screen. The screen of the ASUS Taichi is loaded with the latest In-Plane Switching(I P S) technology, which allows the user to enjoy maximum and accuratre colours from almost all viewing angles.

The ASUS Taichi supports dual shooters. One in the rear is of 5 mega pixels for video recordig and image capturing and one in the front is actually unknown, but the company promises it as a complete HD shooter for video calling and web cam.

The ASUS Taichi offers a wide range of connectivity options, even if the are giving those amazing features that an ideal machine should have. Unlike its new Asphire S7 models, they have not included the Thunderbolt connectivity in ASUS Taichi. But the main feature about the connectivity is that the have provided 2x 3.0 USB ports on either side of the machine. It also has dual band 802.11n wifi connectivity that makes the device pretty much fast. It is also integrated with NFC chip.The ASUS Taichi has a micro HDMI port, display port for external speaker connectivity. Although they have much worked on the designing and the dual screen, they shown no shortage for connectivity options. 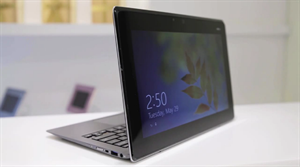 The whole device weighs about 2.86 pounds which is comparitively so light, and only has about 0.71 inches thickness. It has a simple lock-switch which prevents the screen from auto rotating. On the left side of the device we can see a power button, locktoggle,mini VGA, USB 3.0 port and power port. And on the right side we can find 3.5mm head phone jack, second USB 3.0 port, volume rocker, rotation lock etc.

Other features of the ASUS Taichi convertible device includes fully back-lit keyboard, which enables the usre to type clearly during dark and it even contibutes some thing to the looks of the machine. It is also preloaded with NFC chip is is found on all of the latest devices out there. It is also facilitated with e-compas and Gyroscopic sensors. Although the new trend of people is to try out Android devices, the comes with a solution in here too, that it is made possible to run Android apps on it using Blue stacks.

Till day there is no news about the pricing of the device and we assumes that it will be priced between $1300-$1500 for dual screens,Ivybridge processor etc and will be only launched with the release of Windows 8.

Overall, ASUS can be so proud on what they have done in designig and making it to life without any faults. The dual screens, increased memory, SSD storage, USB 3.0 ports, Windows 8 etc makes the device more adorable. It is sure that, it will assure the new mobile possibilities as it performs well as a notebook as well as a tablet. The ASUS Taichi hybrid will be a complete solution for those who haven't yet decided between ultrabook's handy qwerty keypad and the new experience of a tablet.