A nice movie related game with the same name as that of in the movie: Brave. This game comes under the category of action-adventure game. In Brave the game you play as Merida, who is a protagonist of both in the movie as well as in the game. She is a princess of Scotland who does not wish to live with those normal rules within the society.

Merida the princess is a red-headed young girl, who had really impressed me with a bow on the very start of the game. The storyline of this game follows the same story as that in the movie. There are many characters in this game who are having important roles, some of them who are included in this game as a part of it are a bunch of bears, a spell, a witch etc. Let us see more interesting facts and features of this game by digging it in more. 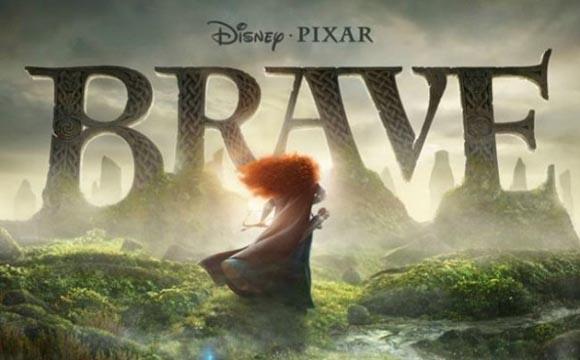 I felt this game to be similar to Dungeon Siege III, in fact the you as an audience will definitely feel exactly the same like me. Since ESRB rating of this game is 10+, I don't agree that this game can be enjoyed by only 10+ kids, even my 4 year old nephew kept asking me for this game.

Combat is the main aspect of Brave, like with all other third person action-adventure games. You will have to face many enemies in your battle like wolves, ice, trees, golems and even enemies in the form of any other elements. You must battle against your enemies as Meridia, use your sword and bow to fight against them. You will have a nice set of controls which are assigned in a very impressive way, square button is assigned for your melee attacks, while ranged attacks can be handled with your right analog stick.

You have to toggle through your elements like earth, fire, ice and wind, to equip for your attack. Certain elements will have more power and will cause more damages to your enemies, like your fire attack can be used against ice wolves. so use your elemental weapons wisely to destroy your enemies with specific weapons on specific occasions. 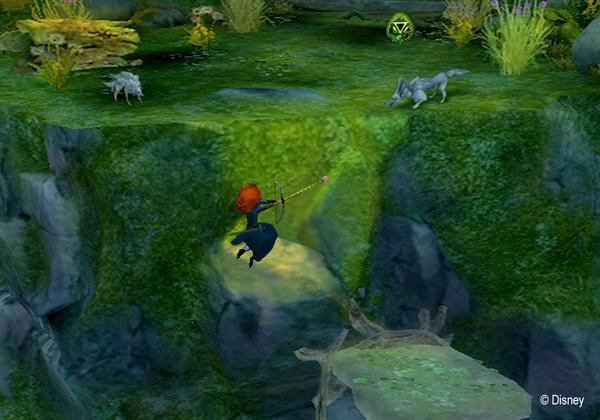 Brave Xbox 360 game features collecting a lot more diversities to your attacks from your enemies using your coins. Many other attacks are also available, but only after unlocking them, some of them are jump attack, dodge, charge up ace etc. This game also delivers the feature of unlocking new bows and swords when you come across chests that contain these weapons. As you progress each stage one by one, you could also find some parts of tapestries that can increase our health upto a certain limit. You are also allowed to keep one weapon and upgrade according to your achievements whenever you wish for it.

Although the game is pretty interesting it ends with only few levels, probably up to eight that I counted. I also noticed that all of those levels follows the same structure including the jumping to different platforms, fighting, a puzzle section and you also can play as a big bear in some sections. This is the common format for every level. The puzzles that I mentioned are logical ones where you are meant to swap between the bear cubs to get Merida a path through it for activating the switch. As an adult I got bored with them but still had a wonderful fun as Merida continued her quest after solving the puzzle.

I felt very disappointing while playing the part of game where I was forced to play as a bear. As a bear all I got was three power attacks mainly- a charge, a swipe and a ground pound. But I do not expect the same enemies as I played before, while playing as the bear. Although, I was having three different power attacks, I felt comfortable while using only the ground pound move as my primary attack. As I mentioned before, this was my brother's favorite part in this game, he just want to roam around as the bear.

Whereas in the puzzle game kids belonging to age 10+ can easily able to solve it with only few hiccups here and there. But still, some of the jumps can feel pretty difficult to play. The worst problem that I faced in this platform is the camera, because it often zooms out to a large distance which results the character to appear too small and often results in unclarity and leads me to be lost in the fray.

Brave the video game also features a multiplayer option where the game allows two players to play simultaneously in co-op on one console. And as far as I know there is no need for an online co-op. When one player controls Merida, the second player play as a glowing orb, which is a mythical thing of blue colour. But the problem of camera still hunts in the co-op section too, although the camera follows the first person, the second player still can stay within the screen without being wisp off. But this seems pretty difficult as in most of the cases there are chances for the second player to get lost.

Brave is a well designed third person video game, packed with action-adventure gameplay. As far as the game is considered as a whole it is not a game which can be enjoyed only by the kids, but also the adults can have their hands on it in their free times.

The one and only feature that you may get irritated is that, you will lose everything once you beat the game. It means that you cannot go back and play a certain level or part of the game,even if you wish to do so. The gameplay is also not much impressive as it has got very short story. If you really love to play a game with your kids to make their moments a happy one, then Brave is the best choice for you.

I was looking for how to play Xbox 360 game guide, I go it here even though still I get confusion upon playing it - I want precise about it. Here, Brave review is good and matching for my personal terms.