As we all heard a lot about Acer, it is a large company which produces latest technology inbuilt laptops and similar gadgets. As far as Acer is concerned, it is a fast developing company with its variety of features. Acer is one among the top companies that amazed the worlds by releasing their upcoming gadgets with fascinating features. Acer is in the leading stage among other competing companies not because of just the Brand name, but also the cool specialties that is being featured on its every products. Let's jump to the features and other hardware informations of Acer Iconia W510 Tablet. 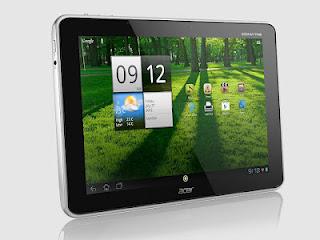 Acer Iconia W510 comes with a large variety of specifications and features. The most known among all of them is that the product comes with a detachable keyboard along with a large tablet. This extraordinary features makes Acer Iconia W510 a unique product compared to other Acer products. This features gives the product to be used both as a tablet as well as an Ultrabook.The battery life offered in this by Acer is also just admirable, Acer Iconia W510 has got a fantastic battery life of 18 or more hours and 9 hours of untethered use. It will be pretty hard to find other products having this much battery power back up. Acer Iconia W510 also holds a 10.1 inch muti touch capacitive display and it can be rotated 295 degrees while on a detachable keyboard. This is a fine tablet that performs both as a tablet and as a laptop at the same time.

Acer Iconia W510 features a gorgeous display of 10.1 inch multi touch capacitive touch screen which supports upto 10 finger point touches. The display of Acer Iconia W510 also delivers a fine IPS technology with a LED-Backlit LCD. IPS(In-Plane Switching) is a latest technology developed for display to enable consistent and accurate colors which can be viewed from a wider range of viewing angle. The screen also delivers a full HD display with a resolution of 1366X768. Although landscape is the primary mode of orientation in this device, we are free to convert it to portrait mode whenever we wish like what we used to do on other Android Tablets. 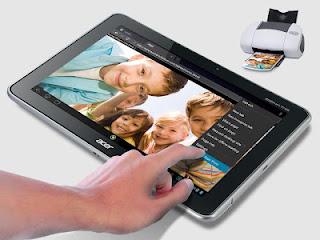 Acer Iconia W510 features an Intel Atom processor clocking at a rate of 1GHz inside it. The consumers will also feel proud to have this device as it also introduces the new Windows 8 Operating System as its User Interface. This on board Windows 8 makes this product to be the first tablet using Windows 8 as its user interface. The performance of Acer Iconia W510 is also because of the high power 1GB RAM, which is large enough to give very high performance for a tablet. The on-board Windows 8 also allows the user to get all the available apps to work on the device as this device delivers a fine X86 processor.

Camera, Connectivity and other features

Acer Iconia W510 holds dual camera, one for tablet and another for video conferencing calls. It has a fantastic 8 Megapixel camera on the rear side with LED flash light and another camera on the front side which is currently unknown on its specification. It is being expected that many more unrevealed features of Acer Iconia W510 will be revealed as soon as the device is released. Acer Iconia W510 also delivers every possible connectivity features that we find on every similar products. It features Bluetooth, Wi-Fi and the main thing is that it also supports 3G network and 4G connectivity which will altogether make the device into a lightning speed transfer of data. The Acer Iconia W510 thus stand a step ahead of other tablets or ultrabooks in the field of connectivity also. The following features are also seen in Acer Iconia W510 which are common for every similar tablets or notebooks. Acer Iconia W510 holds Sim Slot, microSD slot, micro HDMI port micro USB port, full size USB 2.0 port and 3.5 mm headset jack all around the device. It also holds speakers for audio out in each sides.

By featuring all these fascinating specifications of Acer Iconia W510, we cannot expect Acer to release this product on a cheap rate. It is been estimated that the Acer Iconia W510 will launch at market at a flexible price around Rs 25000. All those great features of this device will worth its price. Also the fans of Acer have to hold their patience for its release as it will be released only along the official release of Windows 8. Acer Iconia W510 is a must have gadget for those who are looking to buy both laptop and a tablet in near future.