LG has stepped into the smartphone market with their Optimus series. One of the newly released phones in this series is LG Optimus 3D Max. This is one of the very few 3D display phones available for the users. When 3D max came in the scene, people had a lot of expectations with it. Let's see how much it was up to those expectations. 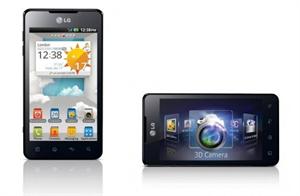 The first thing to be noticed in LG Optimus 3D max is that it has a 3D display. The screen is a 4.3" capacitive multi-touch LCD 3D screen with 16M colors. This makes 3D max both unique and attractive. It is currently running on Android 2.3 (Gingerbread) and can be upgraded to Android 4.0 (Ice cream sandwich). The powerful 1200 MHz CPU makes this phone lightening fast in speed. As per the hardware used in it, speed of the phone is sufficiently good. Optimus 3D max has a 5 mega pixel rear camera and front VGA camera with 3D video recording support.

The two things which make the overall experience of LG Optimus 3D max good are its 3D display and speed. Let's talk about the display first.

A 4.3" sufficiently big screen carries the display of this mobile phone. The screen has 16M colors which is no less than phones in even higher price group than this. The screen has a LG 3D user interface protected with Corning Gorilla Glass 2 screen protection.

The speed of this phone is good because of two hardware giants. The first being its Cortex A9 dual core 1200 MHz processor which is really good in performance and the second being its huge 1GB RAM. The phone has an internal memory of 8GB and up to 32 GB microSD card support.

Camera of LG Optimus 3D Max
As discussed earlier, the primary camera is 5 mega pixel in resolution. It has an LED flash and auto focus features. The lens of the camera adjusts itself according to the scene. It can take high quality photographs, HD videos (1080p) and 3D videos (720p). The frame rate and quality of both the types of videos is excellent. More features include stero-scopic recording, geo-tagging and out focusing shot. The secondary camera is VGA.

The cameras could have been better with a higher resolution, specially the front camera. No other specification has a con in it.

Are you looking for LG Optimus 4X HD smartphone hands-on reviews? Read my personal review of this new phone from LG and my hands on review.