This is a busy week for Microsoft, couple of days back only Microsoft has launched it's on Windows 8 tablet – Surface, and just 2 days after that today it has released its new Windows Phone 8.


• Two new HD screen resolutions are included in the upcoming Windows Phone 8; they are 1280 by 768 and 1280 by 720.
• Windows Phone 8 supports multi-core processors.
• Comes with a removable micro-SD which allows expansion of base storage capacity.
• Windows Phone 8 will have space for up to 32 live icons to fit in the home screen which are of different sizes. The current version can support only 8 icons at time, so this can be considered as a significant improvement. 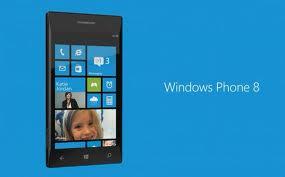 • Another great feature of Windows Phone 8 is that it comes with Internet Explorer 10 where we can download files at a faster speed than other popular smartphones present in the market.
• Comes with built-in Nokia's Navteq map technology, which helps in navigating gdriving directions for many countries.
• Windows Phone 8 will come with a Mobile Wallet where in the users can store all their personal data related to bank, credit card information and many more and this mobile wallet hub will allow the users to buy goods and services using their phone.
• Developers can now develop games for both tablets and PC's that run on Windows 8 as well as Windows Phone 8 using C++ code.
• Microsoft is trying to add many business friendly apps in Windows Phone 8 like secure boot, Bitlocker encryption and many more. Windows Phone 8 will come with a "Company Hub" feature which will allow the manager to create a customized experience on the phone for their employees.

Microsoft announced that the first Windows 8 phones will come from manufactures like Nokia, Huawei, Samsung and HTC and the dual core chips will be built by Qualcomm. Windows Phone 8 is expected to come into the market along with the launch of actual Windows 8 Operating System which is most likely to be held in this fall.