Recently, Microsoft unveiled its two Surface tablet versions running on its own Windows 8 Operating System. Surface RT is the light version and empowered by NVIDIA ARM CPU, whereas its successor Surface Pro is more advanced tablet embedding Intel third-generation Core I processor and will be running smoothly on Window 8 operating system.

Both Surface tablets show many innovative features such as having 10.6-inch ClearType "Full HD" touch-capacitive large display screen having 16:9 aspect ratios. The tablet wrapped in a magnesium case 'VaporMg' (pronounced as "Vapor mag").

Surface Tablet PCs keyboard is the highlight of the product with distinct features – a full touch-screen keyboard magnetically-attached to machine and 3mm-thick Touch cover of tablet that folds down to work a keyboard.

Users are provided with another option for tablet cover, where user can opt for a 5-mm thick type cover having a built-in track pad. The built-in accelerometer helps keyboard to power down when folded back against the tablet.

The Surface price can be same as of the iPads that sell for $499 to $829 and depending on model of the tablets – as per Microsoft. 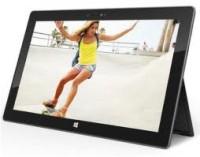 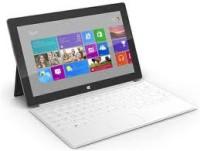 Microsoft Surface Pro tablet has 10.6-inch tablet confirming 16:9 aspect ratios from Microsoft. The device encompasses Intel third-generation Core i CPU with 64GB to 128GB storage capacity and runs on Windows 8 operating system. The device will work exactly like a laptop or a notebook and if require, you can also connect it to a larger display.

The machine sports dual cameras – one Front and one rear-facing and both are "HD" cameras and having USB 3.0, microSDXC, mini DisplayPort video for connectivity.

The tablet will be having 42 watt hour battery for power backup and 13.5mm thick Surface Pro tablet weights to 903 grams/31.85 ounces.