After being a Google plus and Facebook game reviewer for sometime, I found myself to be limited by the number of new games on these platforms. So, I my next plan was to start reviewing Android games, but for that I needed an Android tablet or smartphone which I had no plans to buy just to play a few games!
So, after discussing this problem with a friend I was suggested the idea of installing Android Emulator on my PC. Well, this was just what I needed, a virtual Android platform right on my laptop.

How to install BlueStacks Android Emulator on your Windows XP computer

Well, yeah, that's the only steps in the installation like a simple software, however, if you have the basic Windows XP then you need to go through many more set ups which added with the BlueStacks setup require nearly 700MB of download. 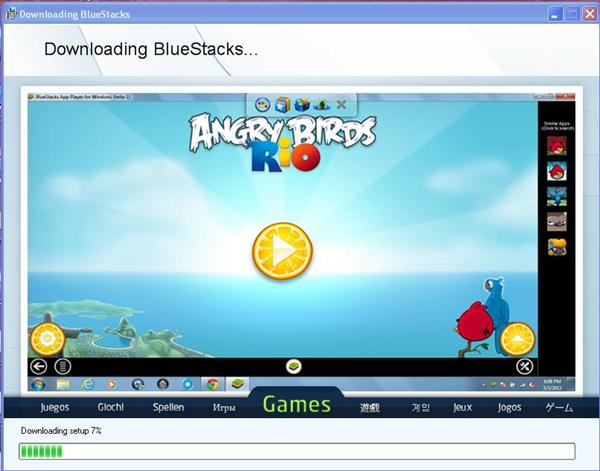 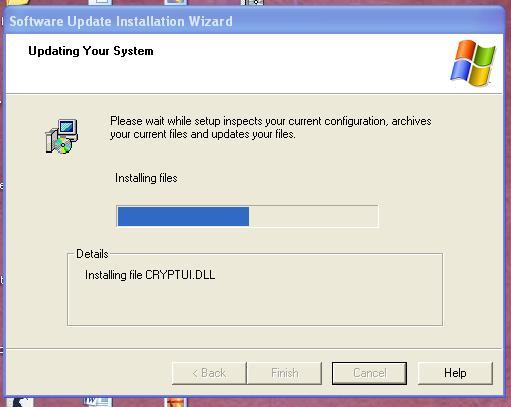 If you have the above two installations then you can simply run the installation of BlueStacks which is itself of nearly 226MB. I can't tell the exact size because it had installed on the fly and I did not track my data usage during the process but the uninstall file size is about that much. 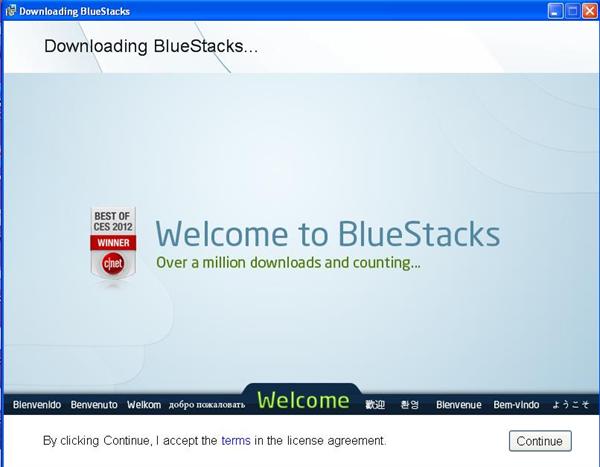 When you are informed about the Adobe AIR requirement through a dialogue box, select the option to install Adobe AIR, select the option to buy it from the Android Market (Google Play) and not the website because to install Adobe AIR in BlueStacks Android Emulator you need to have a Google Play account. This way you will also be able to open a Google Play account which will be useful in future too.

After you have installed Adobe AIR you will be able to enjoy all the apps on Google Play right on your desktop.

How to Run Windows XP on Android device

How to use Whatsapp on Windows PC and other Android Apps too !

This tutorial teaches you the method to use whatsapp , India's most used messenger and ranks almost next to BBM. The step wise tutorial explains how to install and verify whatsapp on PC using bluestacks, a free android emulator.

it sys that it only works on windows installer version 4.5 or higher

how to do installetion.with Lower graphic power ?

@Ayush,
It is not possible to do the installation with lower graphic power.

it's really weird, because, when i install this on my Windows 7 installation, it works good, with some lag, but good, and if i install windows xp it says i need to update my Graphics card.

@Steff,
Actually I am too facing similar problem. I had installed in on XP when I wrote this tutorial. Now I have Windows 8 and it is asking me to updated my graphic card driver.
As Windows 8 has no need for external driver softwares so I am not sure what to do right now. However, if you have XP then you can try to update your graphic driver, that might solve the problem.

when i tried to install bluestacks, it said it needs at least 2 GB of physical memory and you said that it only needs 1 GB, what gives??

@Gesman,
The article is quite old now, Bluestacks has gone multiple upgrades and therefore might be requiring higher memory. Try extending your memory using Virtual memory and see if it runs.

I was not able to download the .NET 3.5 SP. Not sure why it would give an error message just before completion of downloading. Also the bluestacks is not getting loaded. It just keeps on loading and loading...

Please advise what could be going wrong.

I want to install Bluestacks application.
Please help me.

You only tell about downloading and installing. But some people don't even know about configuring bluestacks. So who have problem in configuring can read this.
http://howhut.com/how-to-download-install-and-configure-bluestacks/

I do not have any graphic card in my PC. Can I still install Android Emulator? My PC has Windows Vista(service pack two)

But when I m opening BlueStacks I am only getting a blank black color screen. How to solve it?

Try closing Bluestacks from Taskbar or through Task Manager, right click on Bluestacks icon and select the option to run it with Integrated Intel graphics. Also, it is preferable to run Bluestacks on Windows XP3 rather than XP2.

I've got a single core processor. Is there any way bluestacks could be downloaded? Or, is there any similar software which is compatible?

While I am installing bluestack, it says "failed to install". Why am I facing this problem? Pleas guide me. I have Lenovo XP.

It failed to install for me.