On Wednesday, Nokia launched its much-awaited Android camera phone with 41MP sensor Nokia 808 Pureview in India. Nokia is one of the top brand of mobile manufacturer and seller in India. The Nokia 808 Pureview was announced in MWC 2012 by Nokia and It was stated that It'd be released in May 2012 in Indian market.

Recently Nokia announced that it'll be launched in mid-June and today the most wanted Nokia smartphone has been launched. We understand, we want to know everything about the smartphone before we buy. In this article you can find all the features and specifications of newly launched Nokia 808 Pureview.

The Nokia 808 Pureview really seems to be a game changer, today mobile market is full of Android devices and smartphone but Nokia is still trying to be best among rest. One of my favorite feature Nokia 808 Pureview is its latest groundbreaking Image technology, it lets you take images with extraordinary details and creativity. Symbian has been always there with most of the Nokia products and Nokia 808 Pureview also runs on Symbian Belle operating system. The advanced imaging innovation featuring Nokia's award-winning Pureview technology enabled with 41 41MP sensor and Carl Zeiss optics.

Director and Head of smart devices Vipul Mehrotra, Nokia India said on launch, "Nokia has always been known for its imaging legacy. What started off with a simple objective to create the most advanced imaging device, the Nokia 808 Pureview has evolved into something extremely revolutionary. The 808 PureView stands for innovation and with partners like Dolby Laboratories and Carl Zeiss, we have jointly created the world's first super camera phone" 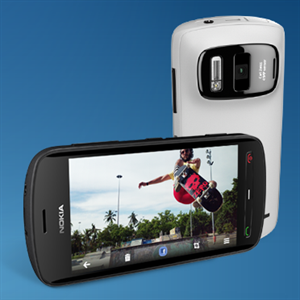 We have seen many feature-able smartphone available in Indian market but Nokia 808 Pureview has proved to be the best smartphone among all smartphone available in India so far. Sound quality is always better in Nokia devices, Nokia 808 Pureview has tied up with Dolby Laboratories which has helped it to introduce a rich cinematic sound output featuring both Dolby Digital Plus and Dolby Headphones technology. The sound recording feature has also been advanced in the device as it has two microphones now that captures a near perfect sound recording to make the audio recording perfect enabled by Nokia rich recording.

The Nokia 808 Pureview promises users to capture high-quality images in any conditions at any angle using its new pixel oversampling technology and superior low-light performance. Pureview supports you to shoot in low light Or film Full HD 1080p video with top quality sound and playback with 4X lossless zoom. Having Dolby technologies Nokia claims to turn them into devices to deliver HD content with Dolby Digital Plus 5.1-channel surround sound to HDTVs, audio/video receivers and home theater systems.

Good performance has been ensured according to Nokia, as the device is powered by single core 1.3Ghz microprocessor. But the phone has another processor dedicated to the camera function so performance of the device will be awesome. The Nokia 808 PureView comes equipped with a 1/1.2" sensor, and this is approximately 2.5 larger than the sensor used in the Nokia N8 which one of the top smartphone of Nokia portfolio. This device has 16GB of internal memory which can be expanded up to 48GB with an external memory card and it supports Near-Field Communication (NFC) technology. Nokia 808 PureView is also one among the few smartphone currently in the Indian market featuring NFC technology. It has some connectivity featueres like 3G HSPDA/14.4Mbps HSUPA/5.76 Mbps, Wi-Fi b/g/n, Bluetooth 3.0, DLNA, HDMI Micro, GSP/aGPS etc.

Price and Availability of Nokia 808 Pureview in India

Nokia 808 Pureview is available in only black and white colours and it will be available across Nokia retail outlets starting from Thursday with an MRP 33,899. In market, most smartphone are available in cameras with 5-12 MP quality only in fact Nokia was also offering 12MP as the highest available capacity for cameras.

The Nokia said about their innovative technology, They had been working on integrating the 41MP imaging technology in smartphone for last five years. The Nokia 808 Pureview a super camera phone is really cheaper then Samsung's SIII (Rs 43,180), HTC One (42,999) and some other top smartphone. Definitely, It is a big challenge now for other smartphone manufacturer like Samsung, HTC etc, and it'll effect the market of cameras from Nikon and Sony.