Google announced earlier that they will soon come up with a Windows 8 Metro App for Google Chrome browser. However, during last few weeks there were come controversies on the third party browser limitations on Windows 8 Metro. Some browser companies complained that Microsoft is allowing only limited features for the other browsers as a Metro App while Internet Explorer can access some additional Windows APIs to provide a better user experience.

Google has made a new version available for the developers, which can act as a Windows 8 Metro App if configured appropriately.

Warning: The steps mentioned here will configure your Google Chrome to act like a Metro App on Windows 8. The functionality in this mode may be limited and may have bugs or issues associated with it. Also, only a developer build of Google Chrome support this feature and it may not be stable as other released builds of Google Chrome. 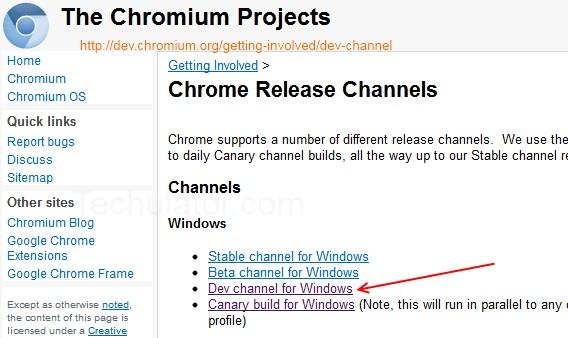 NOTE: This is the regular Google Chrome Windows application but is a developer build which may not be as stable as the other regular final release product. So, avoid using this build on production machines. You may need to have some technical knowledge to work with developer builds.

When you click "download and install", Windows may ask you to Run or Save. Select "Run" and proceed.

How to configure Google Chrome developer build to run as Metro App on Windows 8?

When you download and install Google Chrome developer build in Windows 8, it will run as normal Windows application. To make it look and behave like a Metro App, you must perform the following steps: 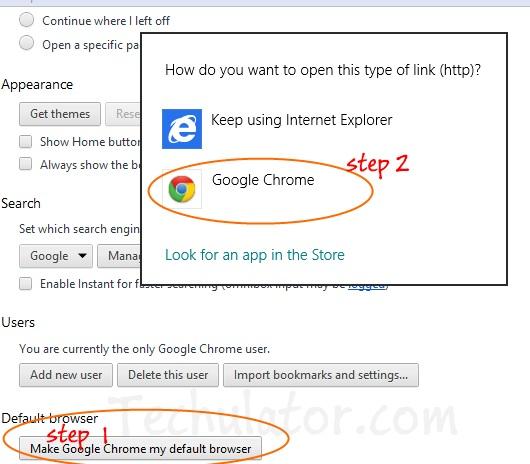 3. Close and open your Google Chrome.

You can see your Google Chrome looks like a Windows 8 Metro App, with the many differences: 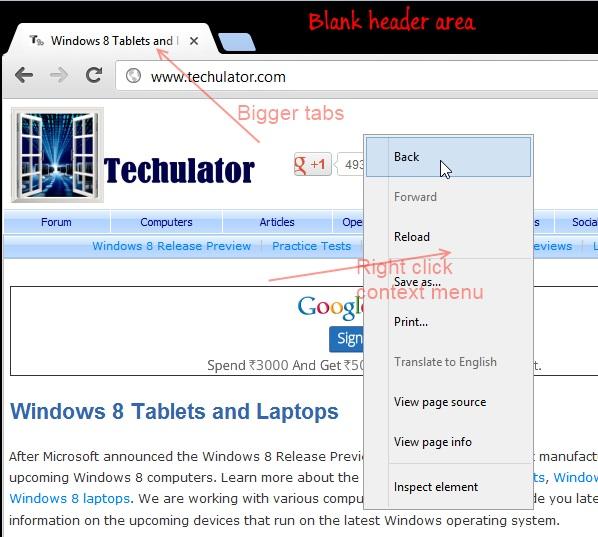 1. There is no minimize, maximize, close options like other Metro Apps. This also means you cannot close the Google Chrome in Metro mode. You can only switch to other Apps and your Chrome will continue running in the background.

2. There is a blank area above the tabs

3. The tabs are wider and bigger to make it more touch friendly.

4. The context menu is changed to bigger to make it more touch friendly. (it is not usual metro style behavior to have this context menu on right click)

5. The settings icon is changed and the settings window is also touch friendly now.