Samsung Galaxy S series phones already proved to be the best android phones and it's the best competitor for iPhone. It also gained names like iPhone Killer and Samsung Galaxy S2 stands as a trademark for the revolutionary changes in the Android world. 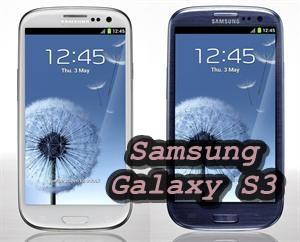 Conclusion: By looking at the above features and specifications we can clearly conclude that Samsung Galaxy S3 has much better features from display point of view.

Now we will compare the processor features of both the versions. Undisputedly Samsung Galaxy S2 came out with one of the best processors of all time that features 1.2GHz Cortex-A9, Exynos processor with 1GB RAM but the later version features a quad-core, Exynos 4212/ Exyos 5250, 2GHz/ 1.8GHz processor with 2GB RAM.

Coming to memory storage, the current version supports 16 or 32 GB with an expandable external micro SD that allows up to 32 GB. Samsung Galaxy S3 is going to be released in 3 versions as 16, 32 and 64 GB storage devices and all of them support external micro SD which can expand up to 64 GB. This is the key feature that really most people are looking for as iPhone doesn't support any external micro SD.

Conclusion: Even with respect to storage devices Samsung Galaxy S3 wins the race.

One of the other promising feature is the battery backup, the current version has a standard battery with Li-Ion 1650 mAh whereas Samsung Galaxy S3 is predicted to come out with a good looking, slim 2250 mAh battery.