The success story of SandForce on the semiconductor market is enormous. The SandForce Drive controllers are well known for their performance and features. They have become one of the most popular among SSD makers. Let's take a look at SandForce's latest SF-2281 Drive Controller. 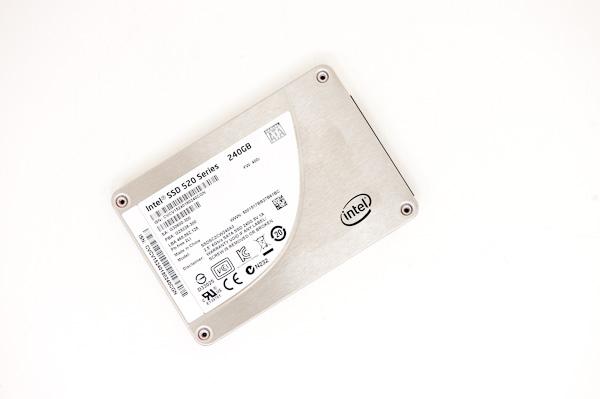 Since its arrival last year, the SandForce SF2281 drive controller has quickly become the most widely adopted drive controller on the market, featuring in drives from more than a dozen SSD manufacturers. With so many competing brands and different hardware combinations paired with the SF-2281, is quickly become difficult to sort through the panoply of SandForce drives on the market.

The SF-2281 controller is very different to those used by the other drives - not only does it not require a cache, but it also performs very differently when handling different types of data. Specifically, SandForce's DuraWrite technology is able to perform on-the-fly compression of data, writing less data to the disk but reporting incredibly high speeds to the operating system. It's a neat trick, especially considering the total lack of performance overheads, but it only applies to compressible data.

This is problematic, as an awful lot of consumer data is already compressed; video, music, game installs and most programs ship pre—compressed to reduce file sizes, although there are some notable exceptions such as emails, spreadsheets and Word documents. However, as most SandForce SF-2281 disks are capable of incredibly high read and write speeds given the right compressible data set, the packaging of every SandForce-powered drive proclaims epic 525 MB/sec read and 500 MB/sec write
speeds, which you're highly unlikely to see in real-world use.

With no cache, SF-2281 based drives also use increased levels of over-provisioning to ensure smooth performance. For example, despite a 240GB drive claiming to have a capacity of 240,000,000,000 bytes (223.5GB of formatted capacity), SandForce drives still uses 256GB (274,877,906,944 bytes) of NAND. The 12.5 percent shortfall is held over for spare area that is used to store the drive's compression data, check data parity and replace faulty blocks of NAND should they occur. Every SSD is over-provisioned to a degree, but SandForce drives require more; hence their smatter capacities.

Not every SandForce drive is created equal either. While the drive controller is identical in every one of the drives tested, performance differs depending on capacity due to the density of the NAND modules used (as with the other drive controllers), as well as the use of either 25nm synchronous, 25nm asynchronous or high-performance 32nm toggle NAND.

Difference between the 3 controller drives

Within these three classes of drive, there's often nothing to distinguish one partner's drive from the other; even when you crack open the drives, PCBs can be identical despite coming from completely separate manufacturers. Frankly, it's very confusing arid even more so when you factor in the different firmware versions used across the drives.

For the most part, it's Sand Force that supplies drive firmware to individual SSD partners, with the most recent 3224BBF0 firmware now being widely deployed via SandForce's partners. However, Intel's drive runs a custom firmware and it's unclear right now whether this will ever transition to the rest of the SandForcec crowd.

OCZ also has a preferred partner agreement with SandForce, which means early access to new firmware versions via OCZ's SSO Toolbox software. Regardless of drive manufacturer; firmware is deployed in the operating system to secondary drives, with all partners now providing simple updater programs

As tested with uncompressible data benchmarks in AS-SSD and CrystalDisk Mark, the performance numbers represent the performance you can expect from these SandForce-powered SSDs regardless of data compression. In AS-SSD, the differences caused by the different NAND types are immediately clear; the 240GB vanilla SandForce and 32nm Patriot Wildfire 120GB all deliver excellent sequential read speeds of around 512 MB/sec, while the low- capacity Corsair Force GT 90GB and 60GB deliver slightly slower 455MB/sec. The 25nm asynchronous NAND-based Patriot Pyro drives deliver just 212MB/sec. The asynchronous NAND result is in the league of sequential read speeds that we'd expect from a previous-generation SSD, not a modern SATA 6Gbps model.

There are slight variations in performance between drives in this area, but the result is that once again the 24006 drives are notably faster than the 120GB Wildfire, the substantially slower low-capacity drives and the asynchronous NAND drives.

We can see a very similar pattern of performance in CrystalDiskMark, although here the Intel 520 240GB's single-queue depth random read speed wasn't nearly as impressive; the other drives proved to be notably faster, hitting speeds of 36.11 MB/sec in the case of the Corsair Force GT 24006. The low-capacity900B and 60GB versions of the Corsair ForceGt continued to disappoint, however, with substantially lower sequential performance, and the synchronous Patriot Pyro drives once again demonstrated their poor sequential read speeds.

With such a large variety of drives available, it's difficult to form a single opinion about the SandForce drive controller. The 240GB drives offer excellent all-round performance, even without factoring in the controllers DuraWrite compression technology, boasting high sequential and 4KB random read and write speeds. However, the cost per gigabyte is all over the place, with the Intel 520 240GB charging a whopping €1.71 per gigabyte, while the OCZ Vertex 3240GB asks for a much more reasonable €1.19 per gigabyte.

Straying from the higher-capacity drives using 25nm synchronous NAND results in performance or value taking a big hit. The Patriot Wildfire 120GB's price of €195 is €70 more than the Crucial M4 128GB for a smaller formatted capacity while the Patriot Pyro range's asynchronous NAND is also very expensive; OCZ's Agility range is much cheaper for what amounts to the same drive. The lower-capacity Corsair Force GT drives were also much slower and more expensive than the 64GB Crucial M4 or Samsung SSD 830 64GB.

While drives based on SandForce's controller can be quick and offer great value, they can also be slow and expensive. Although the reasonably priced OCZ Vertex 3240GB offers decent performance, the Crucial M4 range offers much better value and comparably quick speeds.

Are you looking to buy a top file-compressing product, here it is; the all-new Winzip 17 released in 2013. Go through this article and get to know about the product,its price, features, cons, system requirements and review.

How to split and join files using 7-zip free tool?

Do you want to split large files in to small parts so that you can easily transfer them or copy to CD/DVD media? Learn how to use the free tool 7-zip to compress, split and join files.

Review of BitZipper: A data compression program with handy features

Are you looking for an efficient data compression program that is user friendly and feature rich? If so, have a look on BitZipper, which features a lot of useful and advanced features that meet your needs. Read the full review of BitZipper and find out the features it has to offer.

How to Compress MOV file?

If you have been using QuickTime Movies on your device, you would find them taking up too much space on your device. Moreover, sending them via any sharing platform gets tough due to size limitations. If you looking for the best ways to compress a MOV video file then this article describes the simplest solution.