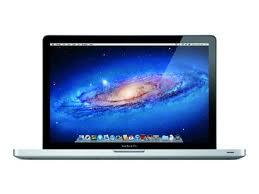 New MacBook PC model is being taken as perfectly configured revolutionary system having Ivy Bridge processor with SSD drive and debuting retinal display. Besides this, there are many other awesome features one can't stop reading about. So, let us take a review for specification of New MacBook.


New MacBook Pro embeds Intel Ivy Bridge processor that would provide 20 percent comparative boost to system performance and 30 percent performing boost to integrated graphics. Apple SSD is the safe, fast, cheap and power efficient storage technology. The new MacBook completely avoids legacy components like Ethernet port, Optical drives FireWire to simplify the electronics on board, saving system space and reducing weight. The machines will have immense high definition Retinal display. New MacBook has been redesigned to super-slim wedge shape that has already been patented by Apple. New MacBook battery back has been improved as powered consumption reduced for removal of hard drive and legacy components.

Above new MacBook specification, highlights and its compare with prior models clears that Apple has not only revamped design of new MackBook but also reconfigured the model from inside. There is no doubt that the new MacBook is a revolutionary product and going to rock.