With the news of Windows 8 all set to be released by the last quarter of the year, many companies are coming forward to implement the new Operating System into their own hardware component. This will enhance the functionality and feasibility of the products –a perfect combination of the new hardware along with the latest Operating System-Windows 8.

This strategy will increase its demand in the market but also bring out a product with the best combination of hardware and software components. Acer announced its news Aspire S7 in the Computex 2012 held in Tawei. Let's explore the new Windows 8 supporting Acer Laptops.

Acer Aspire S7 Series comes in two different models a 13.3 inch monitor and an 11.6 inch monitor. Both are Ultra Thin and Slim models with Windows 8 as its platform Operating System. 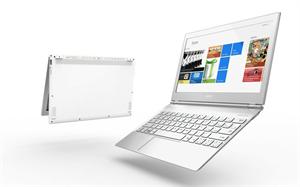 The Acer Aspire S7 Ultra book with a 13.3 inch monitor boats of glossy protective Gorilla glass. The monitor is 13.3 inch in dimension with a 12 mm slim body boasting of 12 hours of battery life. Further the 11.6inch monitor has a battery life of about nine hours. The model encompasses a new technology of Twin Air –Cooling System. This will be an innovation in the system.

Although there was no problem reported regarding the cooling system of Acer Computers, a new technology will further popularise its demand and subsequently increase its durability. The keyboard has a backlight which adjusts itself with the conditions of the room. The keyboard lightness can automatically be adjusted without intervention of human beings. In addition the flaps can be bent to about 180 degrees enabling the Acer computers to lie flat.
The Acer S7 series of 13.3 inch model will weigh approximately 2.6 pounds while that of 11.6 inches will weigh around 2.2 pounds
With slim and light weight aluminium body the Acer S7 series is set to create waves in the technology. Its screen supports full high definition with 1080p. The S7 series will be presently the first Ultra thin touch Windows 8 supporting computers available in the market.

Acer will most probably release the computer along with the launch of Windows 8. This gives us a rough idea as to the release can be somewhere around the end of the year. Regarding the price, it is anticipated to begin from 999$ keeping in view the hardware innovations and implementing the latest Windows 8 Operating System. However, Acer exclusively has not declared any price. Only time will tell us the real price.

Both the models seem amazing. Although the full specification is not yet out, however, with new innovations in the hardware components which are quite innovative and attractive at the same time, it seems that users will be awaiting its launch with goodwill.