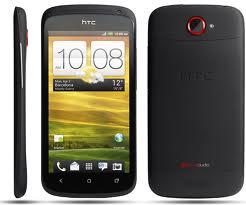 HTC One S was scheduled to launch on the 8th June 2012 but due to some reason official has pushed the release date. Now it is expected that HTC One S will be available on 15th June 2012. HTC one of the global mobile manufacturer will release the device(HTC One S) on 15th June in India and it is expected that device will be available in market at the price of approximate Rs. 33,000/-.

Book your HTC One S Android Smartphone in India

As HTC One S was expected to release last week all the popular mobile e-shop and online store are ready to deliver the device. Most popular online store like Infibeam has opened the booking for HTC One S just in RS 1000/-. You can book your device after paying just RS 1000/- and remaining amount will be collected from you at the time of delivery. HTC India has not announced the official price for HTC One S but it is expected that HTC One S will be sold for approx. Rs. 33,000. In case you are willing to book your HTC One S now, you can use the link mentioned below:
http://www.infibeam.com/Mobiles/i-HTC-Mobiles-One-S/P-E-M-HTC-One-S.html?id=Black

HTC One S vs HTC One V: Basic Difference between HTC One S and HTC One V

HTC One S vs HTC One V: Are you looking for a HTC One S or HTC One V phone? Read this article to find the basic but very important difference between the HTC One S and HTC one V phones. They are essentially the same phone with very minor upgrades.

How to Update HTC One S with Cyanogen Mod 10 Based Jelly Bean 4.1

HTC One S users can now enjoy the actual taste of JellyBean 4.1 by updating their device with Cyanogen Mod 10 Based Jelly Bean 4.1. This is an unofficial release of Jelly Bean 4.1 update, so you can expect only some features of this update to be working perfectly. Read on this article to find out 'How to update your HTC One S with latest Jellybean 4. Custom ROM'.