Microsoft is going to release its latest OS Windows 8 in another few days but this doesn't seem to keep any manufactures away from releasing new tablets that support Windows 8 operating system.

ICONIA W510 is a 10.1 inch IPS display model with 1280 by 800 pixel resolution and uses an Intel x86 SoC processor and even by looking at the model number we can judge that it's a successor for the current ICONIA W500 model. 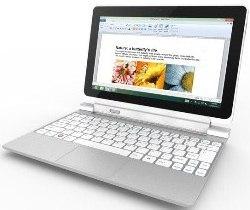 One of the most significant features is that ICONIA W510 comes with unique tri mode that supports touch, type and view. It also comes with detachable clamshell keyboard dock similar to the one that is currently present in ICONIA W500 model. The extended battery may give battery backup of nearly 18 hrs.

Acer didn't announce anything about the price but they are expecting it to be in the range of $400 to $800.

ICONIA W700 is an 11.6 inch full HD 1920 by 1080 pixel resolution. The battery life is most likely to be 8 hours and it includes 3 USB 3.0 ports, one micro HDMI, fully fledged thunderbolt port power button, headphone jack and volume up/down control. 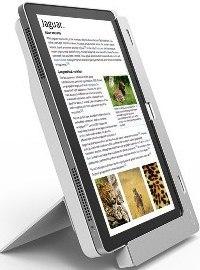 Similar to ICONIA W510, even the ICONIA W700 has a multipurpose dock, wherein you can tilt the display up to 70 degrees, or even 20 degrees for more convenient touch. It can also be positioned vertically, which is useful for reading pages of documents or even for browsing purpose.

ICONIA W700 comes with 5 Megapixel camera on the back which also has its own inbuilt microphone in it, it also has a screen lock switch and the tablet is mostly made up of aluminum.

Acer didn't announce anything about the price of ICONIA W700 but people are expecting it to be in the range of $800 to $1000.

Both ICONIA W510 and ICONIA W700 are undisputedly spec tablets supporting Windows 8 operating systems and are far better than many Android tablets that came up of late 2012. So if you're planning to a bur a tablet which supports Windows 8 OS then you can go ahead with ICONIA W510 or ICONIA W700 as per your requirements. Now the question that arises is can ICONIA W 510 or ICONIA W700 compete with iPad? Let's wait and see what's going to happen.