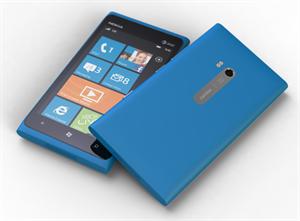 According to a Nokia press release from January, the Nokia Lumia 900 was first revealed at CES 2012 in Las Vegas. The handset comes with a 4.3" AMOLED and ClearBlack display; 4G LTE support for fast online access; a 1830 mAH battery; and dual cameras

This is Nokia's third Lumia smartphone and offer lot of social media and Web features. Examples of these include a feature called "People Hub". This app gives the users a functionality of live tiles to help them shorten the time to connect with their friends. The browser is IE Mobile with acceptable performance, though you can switch to a better browser using the app store.

There are other software features worth noting, that make this new Windows phone 7 a challenger in the crowded smartphone market. Nokia provided something called "Nokia Drive" exclusively for Lumia that can be purchased from the Windows Phone Marketplace. This app is a GPS guidance system with voice guide functionality that turns your smartphone in a real time GPS navigation system. Nokia also partnered with EA to bring 20 games on the Windows Phone Marketplace that will be made available for Nokia devices first.

With all these features, it is no wonder the phone received so much attention and media coverage. It has been getting rave reviews and some have been calling it the first true Microsoft challenger to the iPhone.

According to a PCMag review, it is the best Windows Phone 7 so far on the market. The review mentions other tech aspects that the press release omitted like the fact that it comes packed with 16GB internal and non-expandable memory. However, you can add an additional 25GB of cloud storage for free via Microsoft's SkyDrive.

It also comes packed with three touch-sensitive navigation buttons that include back, home and search and are located on the glass of the display. Other buttons are also available, and are positioned on the right edge of the handset. As you may have noticed, all these buttons present a contrast to the iPhone, which is primarily based on touching the screen (depending on app) outside of the home button.

The phone was actually released on April 8. The handset is designed to be used with AT&T as its carrier and costs $99 upfront with a two-year contract. You can purchase it from AT&T, Microsoft's stores or other outlets right now. This is not a shabby deal considering newest entry-level iPhones cost $199 upfront till now. 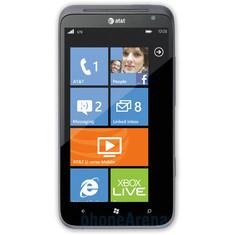 Like the previously- mentioned Nokia Lumia 900, the HTC Titan II runs off of Microsoft's latest version of Windows Phone OS, Windows Phone 7.5. It comes with a hand-full of AT&T and HTC apps installed on it already. HTC Titan 2 is much bigger in dimensions when compared to the Lumia 900. HTC Titan too was introduced at CES 2012 along with Lumia 900, but, it was released before Lumia 900, i.e. on March 18.

The phone's hardware specs include a 4.7" Super LCD screen; dual cameras; 16GB of built-in storage that includes about 12GB usable storage; and a 1.5GHZ Snapdragon CPU. Like the Lumina, it too includes back, home and search navigation buttons. For network connectivity, and much like the Lumia 900, it features LG ITE support.

According to a review of the product from Engadget, the main thing that separates it from the competition is its much larger size. As mentioned-above, it offers a 4.7" display. A unique feature of HTC Titan 2 is its amazing rear camera which is the best quality camera as compared to all other Windows Phone 7 smartphones.

Software is standard to other Windows Phone 7.5 handsets except the inclusion of HTC Hub. This is a service that comes directly from HTC offering additional content to the standard OS. According to HTC, "Use the HTC Hub service to add more content for your phone. Browse apps, music, ringtones, wallpapers, and a whole lot of other cool swff and send them to your phone."

The HTC Titan II's price tag is a bit heftier than that of the Lumia 900. It costs $199 with a two-year contract from AT&T.