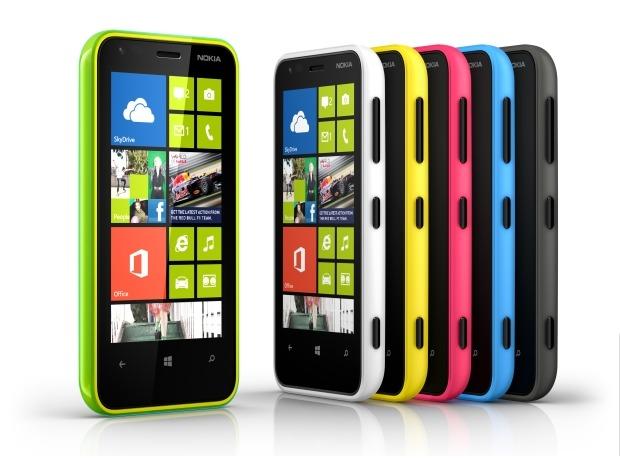 Nokia Lumia 620 is the most affordable Windows Phone 8 that comes under Rs. 15,000. The Microsoft's Latest mobile operating system; Windows Phone 8 is coming to the mid-range level with the launch of Lumia 620. This device can also be called as sibling of Lumia 920 and 820 devices, as three of them are coming out of the box with Windows Phone 8 OS preloaded. The external layout in the right hand side of the Lumia 620 is exactly the same as the Lumia 920 and 820, having three physical buttons each for volume rockers, Power lock/unlock key and the last one is the dedicated camera shutter button. Nokia had added several interesting features to make it look attractive and added much more customization to its interface too. City Lens, which we used to see in Lumia 920 has also been included in this mid-ranged Windows Phone 8 and with that the crowd is now pulling towards this device. Also the device is packed out with a battery of 1300 mAh capable of standing upto 9.9 hours of talk time and 330 hours of standby. The attractive price of this device also had made the Nokia Lumia 620 go straight up against other manufacturer's similar priced smartphones like HTC Desire C, Xperia J and Xperia Miro.

Nokia Lumia 620 holds the latest OS which features a 1 GHz dual core powered by Qualcomm S4 Processor. Nokia also added a WVGA ClearBlack screen with a size of 3.8 inches having resolution running at 800 X 480. While looking at the Storage capacity of Lumia 620, we can see that the device delivers a 8 GB internal storage along with the ability to expand up to 64GB using MicroSD. The device also features a 512MB RAM, which is common for other similar ranged Smartphones. Another great interesting fact is that the device comes with NFC capabilities, which is a unique feature for a Mid-range device like this.

On the rear side of the Lumia 620, a 5 megapixel camera has been included. The camera is also capable of capturing videos at 720p, which is an interesting thing. Front facing VGA camera is another interesting feature about this device. This makes the Lumia 620 capable of Skype and other video calling services. The camera of this device also features smart shoot, Nokia City Lens and Cinemagraph and other fancy camera adds-ons which can be found only on high-end smartphones.

Lumia 620 will be the world's first budget friendly Windows Phone 8 device, as will strike the market with a price tag of 190 euros or Rs. 13,000. Lumia 620 will be available in different range of colors like Yellow, Lime Green, Cyan, White, Orange, Magenta and Black. Whereas Nokia did not revealed the exact release date of Lumia 620, But Nokia said that this device will be release in some of the regions starting from January 2013. Anyway we expect the device to be out in India quickly with the same range of price. 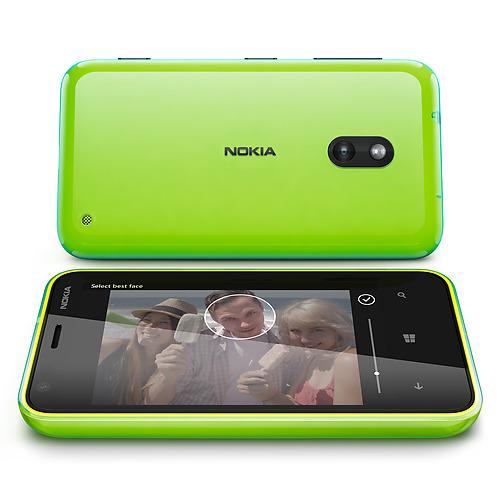 Through the launching of Lumia 620, Nokia aims at bringing the Microsoft's latest Mobile Operating System to the affordable level. This launch will definitely make the company rise above its competitors in the smartphone market. Although the Lumia 620 is not the lightest smartphone, it will be comfortable within our hands unlike Lumia 920 having a gigantic size. Since Nokia included some additional features like Maps and Music apps and City Lens, had made this device unique from other devices which are powered by the same Operating System.