The category of racing games is the best deal for entertainment which keeps you engaged for a long whether you play them in your work place, home or on the way! There's no better option except for to play racing games on your phone against computer operated drivers or real users. Android OS has a wide collection of racing games that let you play in both offline or online mode (locally or multi-player). So, you must consider having two or three racing games in your android smartphone to keep you entertained on-the-way! 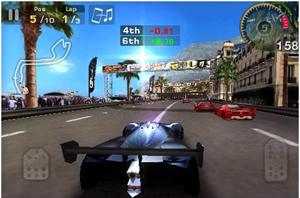 Make your career in GT Racing - Motor Academy and go through different driving license tests and race your way to different racing occasions and defeat your opponents to upgrade levels and progress in the game. It has a total of 26 manufacturers and 111 licensed high-equipped cars that are purchasable and can also be modified. Every car features a distinctive physics engine that gives a real life racing experience. You can also play this game in multiplayer mode with your friends with a limit of up to 6 players for both normal and online modes. Race, unlock and upgrade to stick hours to this thrilling game! 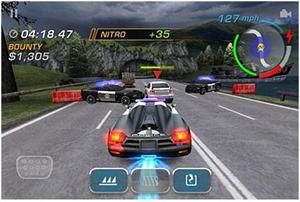 Race your car all through the track, collide with other car racers to crush them and escape from police cars that try to stop you. There is also a cop helicopter on your head, watch for that too! Play the most thrilling action-packed racing game on your Android smartphone. You have 20 highly-equipped cars that are fast enough to beat the track down. All you need is to take your driving skills to the limit and beat other opponents on the track. Go through different levels, upgrades and maps. You can also play as a cop in this game. All you have to do is block the roads with obstacles and spike strips or deactivate the Racing car's electrical system using EMP lock. 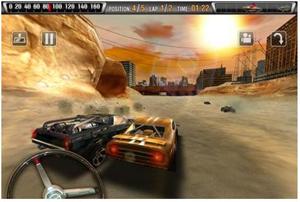 Death rally is a game of do or die! Crush anyone who comes in your way and win the race. You have high-end dangerous weapons to knock your opponents down. You need to protect your car by shielding armor on it, upgrading it with the latest equipments and repairing damages from the money you earn by racing. It is a fully action-packed racing game that will keep you engaged for hours! 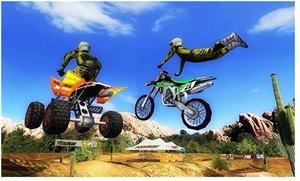 Get ready to race on your trial bike on different adventurous tracks. Avoid hitting obstacles that come in your way! Show a little stunt to earn extra points and race all your way to the finish line. You can choose from a wide range of motorbikes and tracks. A must have bike racing game for android phones! 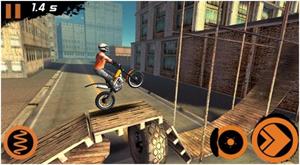 We have another trial bike game in our list. Grab your helmet and challenge yourself through tracks full of stunts. Ride your way through rocks, cars, ramps and structures. It packs more new levels and extreme graphics performance with blazing motorcycle stunt actions as compared to its predecessor. 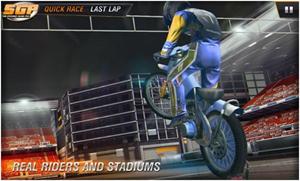 Speedway GP 2011 Lite is a thrilling bike racing game with extreme graphics display. Select your bike and race your way through different tracks and defeat opponents to win the race. You can also show your stunt skills during race but be careful though you can risk your life! And the bad thing is that you've got a dirty speedster that gives up to 80-MPH and has no brakes in it and moreover you've got methanol in your fuel tank which pushes the speed to its limit so don't expect for having a safe ride! Play the most thrilling and death-defying racing game on your android phone. 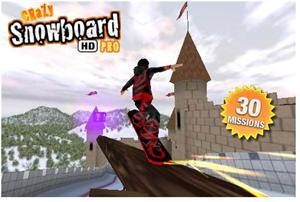 Crazy Snowboard Pro is a thrill-packed 3D snowboarding action game for those who love snowboarding. Go through 30 missions using 24 different riders and boards. This edition of the game has no adverts and besides includes 11 extra boards and riders which are unlock-able during the game play. 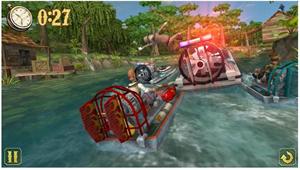 Grab your rider and modify your boat to race on water to knock your opponents down! This game has real-life 3D graphics and entirely destructive surroundings that you can collapse through along with various obstacles that come in your way. Race, collect items and upgrade your boat to complete the game. Moreover you have to escape from the cop if you destruct items more aggressively. 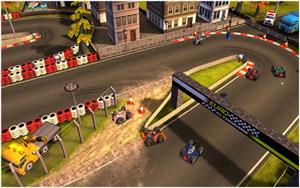 Bang Bang Racing THD is an action-packed android racing game which has full HD graphics. Race through different tracks and take power-ups to beat your opponents. Drift through ways and speed up the gear to make records. 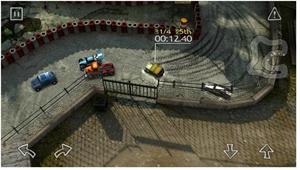 Reckless Racing HD is a dirty road android racing game with enhanced graphic and sound performance. It has HD quality real life graphics that will amaze you! Race through dirty tracks and tackle your opponents to win the race and make records. You can also play this game in multiplayer mode with your friends.