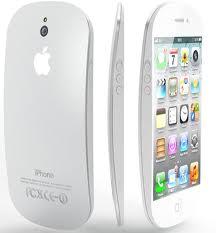 Apple's new iPhone or as rumors called it the iPhone 5 is the most anticipated product by Apple lovers. After last week's successful launching of New Samsung Galaxy S3 Android Smartphone, the expectation from new iPhone has also increased. The upcoming iPhone 5 is considered as next gen iPhone and rumored to launch in second half of the year. The iPhone 5 expected to come up with quad-core processor (Apple A6) powered by 1GB of RAM, along with ios6 operating system encompassing many more features like better Siri, faster Apps, good battery life etc. Here we have come up with latest predictions and expectation of experts from Apple new iPhone.

Let us take a look at what all we might get to see in the next iPhone:

For making change in height of new iPhone, Apple is going to include lengthening of display screen also to 4-inches on the diagonal (0.5 inches larger than current iPhone). The speculation to increase in screen height confirms the change in new iPhone's aspect ratio for the first time since the original iPhone was introduced in 2007. So, the new iPhone users will enjoy the additional pixels to the top and bottom of the screen.

Besides large display the new iPhone will be made partially from Gorilla Glass 2 that will be thinner and stronger than earlier iPhones' Gorilla Glass.

Apple is going to apply major change to new iPhone, in respect to its rear casing by adding a metal panel to its central back. The panel is expected to be flat, metallic, neither curved and nor ceramic.

As per Apple's news site iLounge, the new iPhone is expected to be longer and thinner than iPhone 4 and 4S. The height of iPhone 5 is expected to be raised by 10 mm and thickness to be reduced by 20% (2mm) than earlier iPhone 4S. So, the speculated measurements of iPhone 5 will be 125 x 58.5 x 7.4mm.


Industry sources predict that Apple has planned to adopt a curved cover glass for its next generation iPhone. As far as new iPhone look concerned, iLounge predicts, "It echoes the current–generation iMac design, to be sure".

A new Dock Connector is also going to be introduced with the new iPhone. Its new port will be little larger than the bottom microphone hole of the iPhone 4/4S. The Dock connector will have around 16 pins only and it is expected to be used on all upcoming devices. 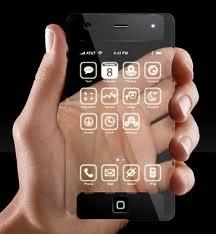 The latest statement of Dr. Atakan Pekar, Founder of Liquidmetal that "Liquidmetal still needs time to develop" will pour cold water on speculation that Apple intends deploying the alloy in future notebooks and the next-generation iPhone.

As per Dr. Atakan Pekar, "This is a technology that has yet to be matured and perfected both in manufacturing process and application development. It should be noted that this is a completely new and different metal technology."


Even though nothing can be predicted yet, the scenario could be in the range of $510 for the 16GB and $612 for the 32GB variants in UK that could be expected from iPhone 5. And for Indian customers, the best prediction for iPhone 5 would be priced to Rs. 45,000/- (approx).

Launching schedule of Apple iPhone 5 is also the hotly-debated topic in cyber world. This next gen iPhone rumored to launch in the second half of the year (most probably in October 2012).


New iPhone expected to have 125 x 58.5 x 7.4mm dimension, boasting of 4 inches large screen with Gorilla glasses 2 and quad-core processor (A6) powered by 1 GB of RAM. The phone will debut the next edition of iOS, namely iOS 6 that will provide a significant experience to users. It is expected to launch with major improvements in software also including faster apps with mobile gaming to explode with unlimited possibilities.

It includes better Siri and faster access to the web with support of LTE in major countries. With 4G connectivity, the next iPhone will be able to provide high speed broadband connectivity to the go. The better battery life is rumored to be the most significant improvement in next iPhone with better power management capabilities using the new processor A6.

The Retina Display screen is the main highlight of Iphone 5