There was this Samsung Galaxy which created waves in the market last year with its stylish handset and amazing features. Following in the same line is the Samsung Galaxy S III. The name galaxy is enough to arouse the interest of load of people who are waiting to get themselves abreast with the features of this all new magical device. 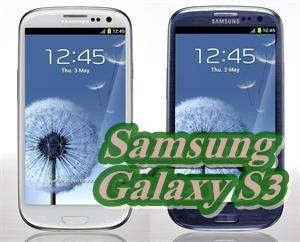 What is new in Samsung Galaxy S III

With a 136.6 x 70.6 x 8.6 mm body weighing around 133 g, and boasting of 4.8 inch super Amoled capacitive touch screen the device is all ready to hit the market in early June,2012. It has a a huge3 dimension with regards to photo capturing. Embedded with a 8 MP camera and features like facility of High Definition Video, image and face detection are the icing on the cake. The device is a beauty to look at with TouchWiz UI v4.0 screen protection.


What are the new apps in Samsung Galaxy S III

Samsung seems to have worked this time more on software than the hardware. No doubt the hardware is good but there is much more dimensions to Software when the two are compared. It encompasses Android OS, v4.0.4 an Ice cream Sandwich which is better than Gingerbread in terms of efficiency .Its gets an edge over the others thanks to its Quad-core 1.4 GHz Cortex-A9 processor. But there's lot more to add to the list.

The main highlights are the new software's which have been embedded to give it an edge over its other competitor.
- S Voice- Now this is similar to the application Siri developed for Apple Users. It responds to voice commands, helps to set alarms and also take pictures. That's just fantastic but its success all depends on the output that it gives- keeping up to the mark that it promises.

- Buddy Photo Share-Using the concept of Face Recognition Samsung Galaxy S III is all set to revolutionize technology by enabling photo share and tagging based on face recognition. Now this is real innovation.

Apart from these there are lot many features at its disposal. The S beam which allows to share anything and everything by just touching the two Samsung Galaxy Phone, Best Photo app – which uses intelligence to click your best snapshot, All Share Play- which allows you to sync with a display while controlling with your mobile. These new features have been meticulously designed by Samsung to get it geared up from competition from