Here is a list of few low cost Google Android tablet PCs available in Indian market. An attempt is also made to just familiar with you regarding its capabilities in terms of specifications in such a low cost. They are as under,


Mercury mTab with its specifications

Mercury Company was usually known for its computer periphericals but now it has also jumped in tablet making markets. This tablet only weigh 400 gm with slim body made up of plastic. 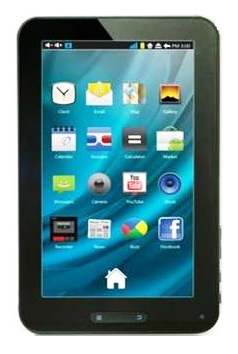 Wespro tablet with its specifications

Wespro tablet comes with 2.2 versioned Google Android operating system and it is having 3G support system. It has 8" size touch screen which is of capacitive type. Screen resolution of this tablet is 800 by 480. Tablet dimensions are 206x117x17 mm. But the camera capacity is only 0.3 MP but it is with digital zoom. External memory is expandable up to 32 GB for this tablet. Adobe flash is one of the inbuilt capacity is provided with this tab. Processor speed of this Wespro tablet is 800 MHz only. Battery type is Li-polymer and is of 2000 mAh capacity. In built WiFi, Multimedia apps are extra features to add value to this tablet. 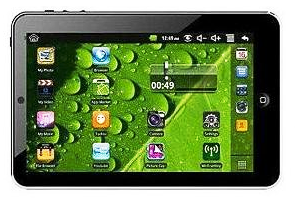 Zync tablet with its specifications 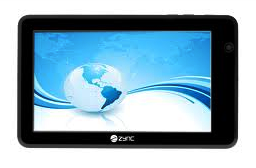 INTEX i-tab with its specifications

INTEX tablet comes with 2.3 version Google Android operating system. This tablet screen size is 8" and it is of touch capacitive type. 8 GB internal memory is provided with this tablet and it is having 1 GHz processor speed. 5000 mAh is battery capacity and 5-6 hours continuous use as usage time is available. Expendable external memory is 32 GB and RAM capacity is of 500 MB. 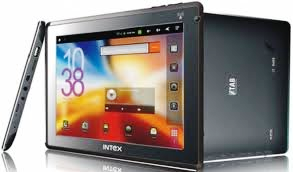 WishTel tablet with its specifications 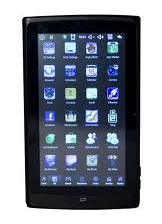 Aakash/Ubislate tablet with its specifications

Aakash Tablet having 7" touch screen, which is now sponsored by Indian Government to distribute among schools and University to give maximum advantages to students. This tablet is based on Google Android version 2.2 operating system with 250 MB RAM. Aakash tablet is provided with two USB port, compatibility with Getjar for applications purpose. Screen resolution of this tablet is 800 by 480 and is having 2 GB as internal flash memory and external memory expandable up to 32 GB. Aakash is provided with Li-Po battery with 2100 mAh capacity. Dimensions of this tablet is 190.5 mm x 118.5 mm x 15.7 mm with 350 gm overall weight. WiFi facility will help easy internet access for user of this tablet. 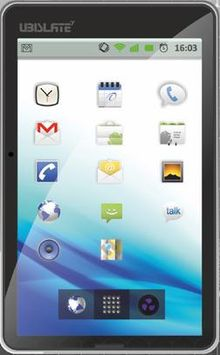 The article will show you a list of 4 cheap Android tablets and their features having calling feature in it. The tablets that I'm considering are Micromax Funbook Talk, Datawind Akash 2 Tablet, Penta T-Pad WS703C, iBerry Auxus AX03G. Finally a comparison is also made which shows the best one. Read the article and be aware about it.

Wow that was a really informative piece.Was thinking to buy Wishtel tablet as it was the cheapest but didn't cater to all the features that I required. This article gives me plenty of options to browse through before making a choice.