Upcoming mobiles and smartphones during May 2012

After last month's releases of many most awaited smart gadgets like Apple ipad3 launches in India and Micromax A50 Ninja Superfone release, even this month also many mobile and Smartphone manufacturing titans are ready to release their most awaited products in market. Here I am going to impart price, feature and specifications of most recently upcoming mobiles and Smartphone before you. 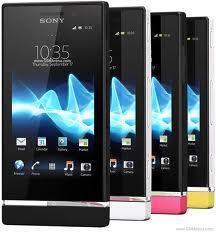 Specification and features of Sony Xperia U smartphone :

Display: The phone features a 480 x 854 pixel, 3.5 inches with multi touch screen having scratch resistant glass. Besides this, Sony Mobile Bravia Engine and Timescape UI are its additional display features.
Processing speed: The Smartphone has 1 GHz dual core processor.
Operating System: Running on Google Android Gingerbread v2.3 operating system that can be upgraded to Android V4.0 OS also.
Storage and battery details: The Smartphone has 8 GB onboard storage and 512 MB RAM and powered by Li-Ion 1320 mAh standard battery capable to provide music play time up to 45 hours and talk time up to 6.36 hours for 3G.
Camera specifications: Having 5 megapixel Camera with autofocus, LED flash and Geo tagging features.
Connectivity features: Sony Xperia U offers Wi-Fi 802.11 b/g/n, DLNA and Wi-Fi mobile hotspot as data connectivity feature and GPRS and EDGE internet connectivity, Bluetooth v2.1 with A2DP and USB 2.0.
Other features and reviews: The Smartphone has 110 gm of weight along with 112 x 54 x 12 mm dimensions.
Cost: Rs.19, 000/- (expected)
Release date: End of May 2012 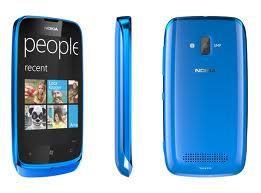 Nokia is going to launch its cheapest Nokia Lumia 610 mobile phone in May 2012 with an expected price range of around Rs. 11,000/- (in Indian market).

Specification and features of Nokia Lumia 610 :

Display: The phone features a 480 x 804 pixel, 3.7 inches screen with capacitive touch screen along with Corning Gorilla Glass protection.
Processing speed: The hand set has 800 MHz processor.
Operating System: Running on Microsoft's Windows Phone 7.5 Mango operating system.
Storage and battery details: The mobile has 8 GB of storage and 256 MB RAM and powered by Li-Ion 1300 mAh standard battery capable to provide music play time up to 35 hours and talk time up to 9.30 hours for 3G.
Camera specifications: Having 5 Megapixel Camera with autofocus and LED Flash features.
Connectivity features: Nokia Lunia 610 offers 3G mobile network and Bluetooth connectivity along with MMS capabilities.
Other features and reviews: Lumia 610 will come preloaded with Nokia apps like Nokia Maps, Nokia Drive, Nokia Music, and will be available in four colours – Cyan, White, Black, and Magenta.
Cost: MRP around Rs.11, 000/-
Release date: Expected to be launched in 2nd quarter (most probably in May 2012). 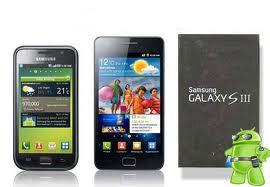 Disclaimer: As the complete specification and price for some of above said products not revealed yet, we do not guarantee that the information on this page is 100% correct.

Sony released Xperia U previous year in May, in an effort to target mid-range smartphone market. Xperia U is a very compact smartphone with interesting specifications.