Samasung is one of the world's best companies in the field of Smartphone and Tablet and currently it is extending its market to the field of portable media player. Galaxy Player 3.6 is one of the third generation galaxy player launched by Samsung. 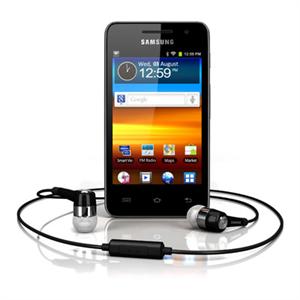 The Samsung Galaxy Player 3.6 has a 3.6 inch screen with a resolution of 480×320 with three android touch buttons below it. Wallpaper Image Setting, Live Wallpaper, Font Setting, Auto Brightness Control are the display options found in the player. The device is made up of black and chrome plastic. The processor used is 1GHz Cortex A8 processor. 8GB of internal storage memory (Flash Memory) is available. It can be expanded up to 40GB. There is a 2MP camera (no flash). The special feature of the Samsung Galaxy Player 3.6 is its ability to be tethered to a phone with Bluetooth 3.0 to send and receive calls. To make use of this feature, you'll have to turn to an alternative service such as Google Voice and be connected via Wi-Fi at the same time. It has standard MicrUSB and headphone jacks on the bottom panel and a matte back. Earphones (Mic, Play/Pause Key), USB Cable, Battery (Standard 1EA), Travel Adaptor, Quick Start Guide are the accessories included along with the player. Physically the player appears to be handy and lightweight. The device weighs around 3.9 ounces. The dimension of the player is 2.45" x 4.52" x 0.38".

The Operating system running on Samsung's new Galaxy Player 3.6 is Android's GingerBread OS. The 1GHz processor brings out great performance and speed for multimedia and browsing Adobe Flash Player compatible websites. The device is fully integrated with services like Google Maps and YouTube. It is possible to download over 450,000 apps available in Google Play. With the help of Google Play and Samsung Apps user can search over a large collection of applications. FM radio is the another attractive feature of Samsung Galaxy Player 3.6 , which the customer look for. Band of broadcast frequencies that provide high-fidelity music and entertainment over the radio. Web access that utilizes Wi-Fi and other wireless networks instead of Ethernet cables to achieve connectivity. Wi-Fi 802.11b/g/n is the Wi-Fi standard used in the device. GPS feature helps to get the directions of the target and hence adds to the connectivity feature. Talking about the video file formats supported, AVI, MP4, 3GP, WMV, ASF, MKV, FLV are the major formats of video files supported by Samsung Galaxy Player 3.6. MP3, WMA, Ogg, FLAC, AAC, WAV are the audio file formats supported by the player. The image file formats that Samsung Galaxy Plaer 3.6 support are JPEG, GIF, BMP, PNG.

The battery used is Lithium-Ion battery which provides 5 hrs of battery playback time. The audio playback is time is 30 hours of maximum with default settings of MP3 128 Kbps, Volume 15, Normal Sound, Display Off. All these features can be enjoyed by paying $149.99 in the Global market for audio players!