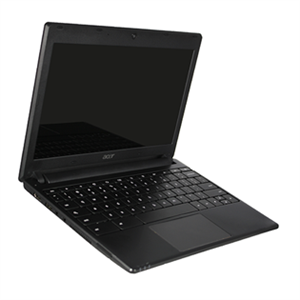 Overall reviews of the Acer Chromebook and the speciality of the Chromium OS:

The Acer Chromebook comes out to be a successful gadget that works best with the Google Chrome OS. The Speciality of this Operating system is the ability to work exclusively with the web Applications. The OS is Linux based and Google has given it as an open source. One of the disadvantages is that it runs only on hardware provided or manufactured by Google approval. This idea of Chromebook as well as the OS is mainly aimed onwards those people who would like to use their computer more wit connecting to the internet rather than being in the offline mode.
The basic difference between the Google Chrome OS and the Chromium OS is that the former is an open source project that allows the developers to work on it and the latter is the Operating System that makes way in the Chromebooks for commercial use. However there is a list of software or applications that are available to be used only on the Google Chrome OS and not on the Chromium OS. The list includes, Adobe PDF, Adobe Flash, Google Talk etc. There are other two Chromebooks worth mentioning at present by the Google Inc. itself and another by the Samsung. On the whole the Chromebooks are gaining importance in the latest days and the Acer Chromebook reviews to be the cheapest among the quality and branded Chromebooks available in the market.

Deep learning is the field that needs more exceptional computational power to process huge amounts of data. In this article, I have listed down the beast-like systems that best suits the deep learning purpose.