Pros and cons of Virtual Villages Origin game
Pros: Doesn't bug you for micro-transactions, can restart the game any time, the core gameplay of Virtual Villages remains the same, low battery usage
Cons: Ad supported game, doesn't feel like freemium game, interface is not up to the mark for villages management

Tips to play Virtual Villages Origin on your iOS device

Sometimes you have some disruptive games which don't belong to a particular stereotype but is a complete novelty in itself. One game that pertains to the genre of disruptive games is Virtual villagers: Origins which is a replica of the virtual villagers series that can be played on the iOS operated devices. Now, the obvious question you would be having is why I have termed it as a disruptive game, it is a disruptive game because it is not identical to other iOS games where you would be required to do interactions and collect coins but rather it's a game which operates which proceeds on the backdrop as your villagers become older and find jobs for themselves. Let us have a peek over the insights of the game. 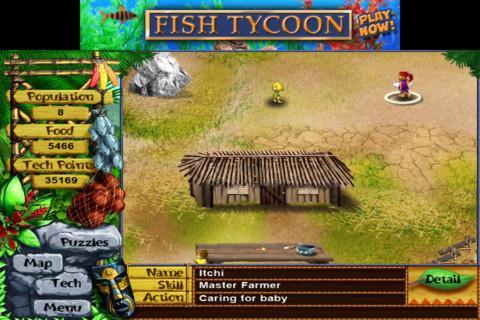 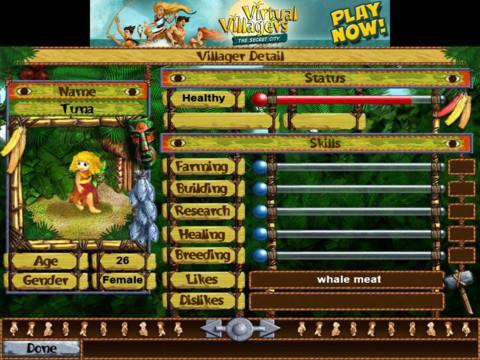 Even though the basic storyline looks interesting, when you actually play Virtual Villagers Origin it appears tedious and cumbersome. For example, if you take an instance where one of your villagers have fell ill and you cannot proceed further in the game because you have to treat him before proceeding. Now, first of all you have to identify which villager has gone ill and for that you have to spend your time tapping each of the villagers and once you have identified the actually ill villager, then you have to treat him. So you see the whole process is really tiring and cumbersome. If you take another example where you are required to organize the different skills possessed by the villager, you are required to actually swipe the map and find the exact location of the villager and then tap him to know his skill set.

Now, if you have peek at the freemium aspect of Virtual Villages: Origin, you would realize that it has been very weirdly planned. As you will be seeing the game is fully sustained by ads which can only be removed if you buy something from the in house shop. Instead of getting some booster items, they just provide you technology points and some sort of enhancers which will in turn help you in speeding up the game.

So on the whole, even if it looks like a complete entertainer but because of its lackluster controls and tedious and cumbersome execution it is actually a really mind-numbing experience.