Sony recently launched the Sony PlayStation Vista handheld gaming device in USA. This revolutionary gaming console is not yet available in most of the countries but gamers all over the world are excited over this new baby from Sony.

Sony PS Vita is powered by a super power CPUARM Cortex - A9 core CPU with quad core and is built to support any CPU intensive games. The GPUSGX543MP4+ GPU will give you ultimate gaming experience.

Please note that the above dimensions of Sony PS Vita does not include some large projections from the device.

It also has a Rear Touch Pad screen for an ultimate gaming experience.

The Sony PlayStation vita is loaded with 2 cameras - front and rear.

I think Sony PS Vita is the only hand held device with a built-in GPS system. 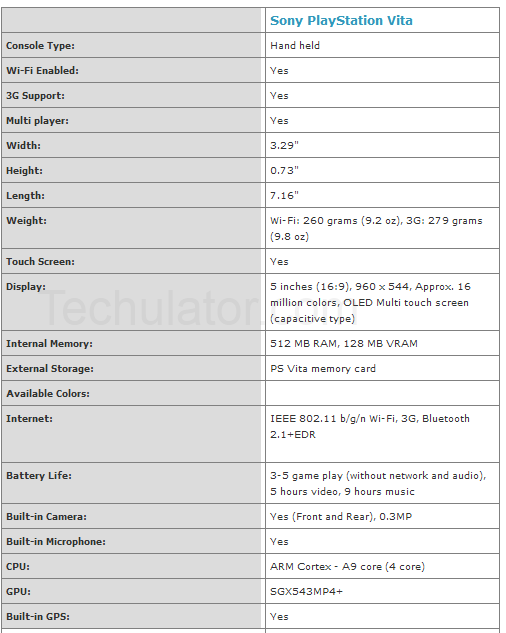 You can see a detailed technical specs and compare of Nintendo 3DS and Sony PlayStation Vita in our Product comparison section.