You can go through this article to know more about Linux and its flavors.

1) First you have to open Ubuntu.com which is Ubuntu's official website

2) Once you open the homepage you will find Download Ubuntu 12.04 Beta Release. 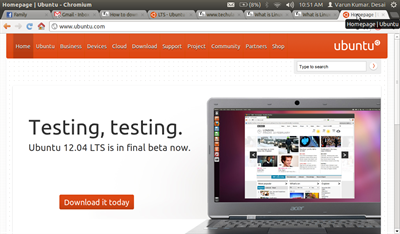 3) Since Ubuntu 12.04 is in beta stage I strongly request you not to download and install it on the system. One can install Ubuntu 12.04 once the final version is released.

4) Now we can download Ubuntu 11.10 which is the latest version. 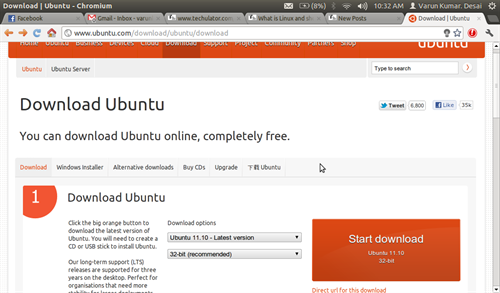 7) Depending on the speed of your internet connection Ubuntu 11.10 iso image will be downloaded in to your system. 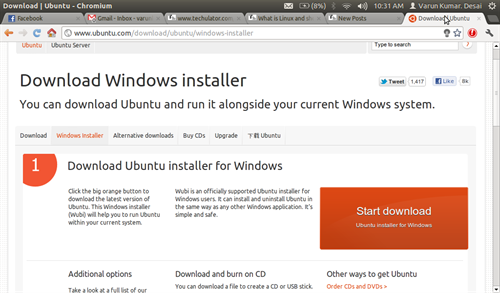 9) After downloading Ubuntu Installer you should run the file and you should follow the one screen instructions to install Ubuntu side by side with Windows.

In my next article, I will explain how to Install Ubuntu after downloading the iso image.