I have been an Android and Samsung fan for a while, but my wife has been using an Apple iPhone 4 brought from USA which stopped working after she messed up with the firmware upgrade. After trying everything we could, we decided to buy a new Android ICS phone and Samsung was our obvious choice (no specific reasons to say why we decided to go for Samsung phone and note that both of us have never used an Android phone before).

Since we are quite new to the Android world, we started exploring. Some of the questions we asked ourselves were:

One important question I did not include above is, which OS we should choose. That is because I wanted to try an Android phone this time since I have already played enough with iPhones and Windows phones. So, the obvious choice for us was Android.


Which is the best brand for Android phones

We were quite sure we will go for the Samsung phones, but still did some research. Just like anyone else, we searched in Google and most results came up with recommendations for few brands:

There was nothing wrong with other brands like Motorala and HTC. I have used an HTC Windows phone in the past and was not much impressed. But HTC has improved a lot in the recent years and they have good rating as well. Motorola also makes good smartphones, especially some cool phones like Droid.

Which is the best Samsung Android phone released in 2012? 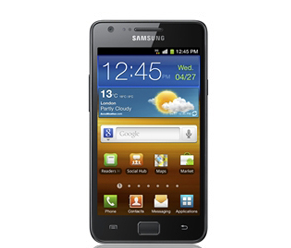 Samsung has a good number of Android phones with great rating. But I wanted a phone which is the latest model, preferably a Samsung Android ICS phone released in 2012.

Which version of Android OS should we choose

This question sounds to be an easy one compared to the previous ones. If I ask which version of a "thing" you should buy, everyone would recommend "go for the latest one". We have already decided we want an Android phone and it should be a Samsung phone. Now, when it comes to the OS version, the latest version is Android 4.0, a.k.a Android Ice Cream Sandwhich, widely known as ICS. But the real problem is, there are no ICS phones available in India yet. Another choice is, go ahead and buy a Samsung Galaxy S II and Samsung Note which are confirmed to get an update to ICS soon. But do they have the hardware capability to support latest features in Android 4.0? That is my next research and I am going to find out soon.

This article will help you to unlock your Samsung Android Phone, in case you forget its pattern and it remains in locked state. This method requires no particular skills. Read more!

Looking for the features of the latest phablet from Samsung, Samsung Galaxy J Max? Well, here you can find all you can find like all the specifications, features, price and availability.