Nokia Lumia 900 was showcased first at January 09, 2012 by Nokia at Consumer Electronics Show (CES) 2012 in Las Vegas, and there it won the "Best Smartphone Award". Basically Nokia Lumia 900 is the Windows Phone Mango-powered smartphone. This phone has 4G LTE support and is scheduled to be released on April 8, 2012 in US by AT&T. The Nokia Lumia 900 has been featured with one piece polycarbonate body and will be available in black, cyan and white. It is having a 4.3 inch display and a ClearBlack AMOLED 800×480 capacitive touchscreen. Lumia 900 is the successor of Lumia 800 but in many ways a larger and bigger version of the Lumia 800. Most of the features differentiating Lumia 900 from its predecessor Lumia 800 like the substantially bigger capacity battery, fourth generation network (4G LTE) support and a front-facing second camera and enabling picture from a video call, 8-megapixel camera with a large aperture for taking photos in low-light conditions . 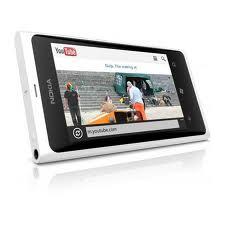 Availability and price of Nokia Lumia 900 in US and Canada

Availability and price of Nokia Lumia 900 in India

There are many rumors about the launch of Nokia's latest Windows Phone based smartphone Lumia 900 in India, But we can not be sure about the rumors. Nokia is the major player in the Indian mobile phone market so it is expected that within two months the Nokia Lumia will be available in India as well. Though we do not know the exact date of releasing Nokia Lumia 900 in India as officially the price and date has not been announced yet, but the price is expected to be around Rs.31,500. As we know the LTE Windows phone Nokia 900 will be available in US from next month. But there is good news for the country like India where LTE network is not available, The company has already prepared non-LTE version of the smartphone. Millions of Indian Nokia and Windows fans are still un-informed, when they can have this beautiful smartphone available in India. Let's hope to see it soon in India.